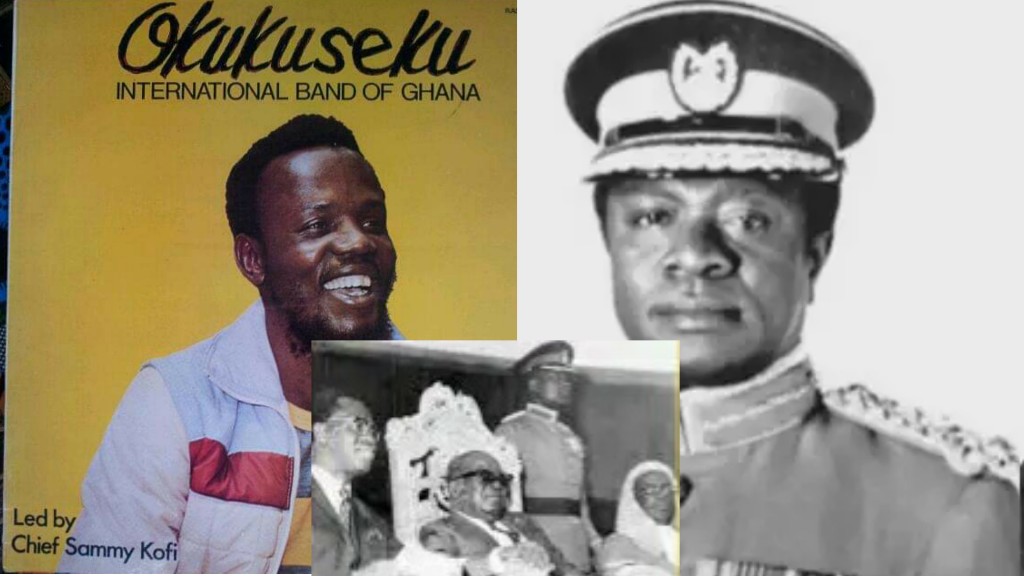 When Chief Abirekyireba Kofi Sammy composed ‘To Wo Bo Ase’ in 1971, little did he know that the song will be associated with the overthrow of the government at the time, headed by Dr. Kofi Abrefa Busia.

Just a few months after the song’s release, the 2-year-old Progress Party government of Prime Minister, Dr. Kofi Abrefa Busia and President Edward Akufo-Addo, was deposed by members of the Ghana Armed Forces on 13th January 1972.

In a 2021 interview with Kumasi-based Pure FM, the veteran highlife musician, said he was invited by the leader of the coup and new Head of State, Gen. Ignatius Kutu Acheapong, shortly after the takeover, and asked to explain the meaning of his song.

“There were rumours all over the country that my song “To Wo Bo Ase” (take your time) had inspired the coup, so Gen. Acheampong invited me to explain my lyrics to him.”

Kofi Sammy, now 81 years old, added that he returned home safely after making it known to the new Head of State that he did not harbour any political thoughts or interests during the composition and recording of the song.

A native of Amedzofe in the Volta Region, Kofi Sammy, grew up in Koforidua and relocated to Kumasi, where he began his professional career with the famous K. Gyasi Band.

He reformed the Okukuseku Band and toured Nigeria, later settling in the country and becoming the main promoter and host to Ghanaian musicians during the 1980s when Ghana suffered economic and political turmoil.