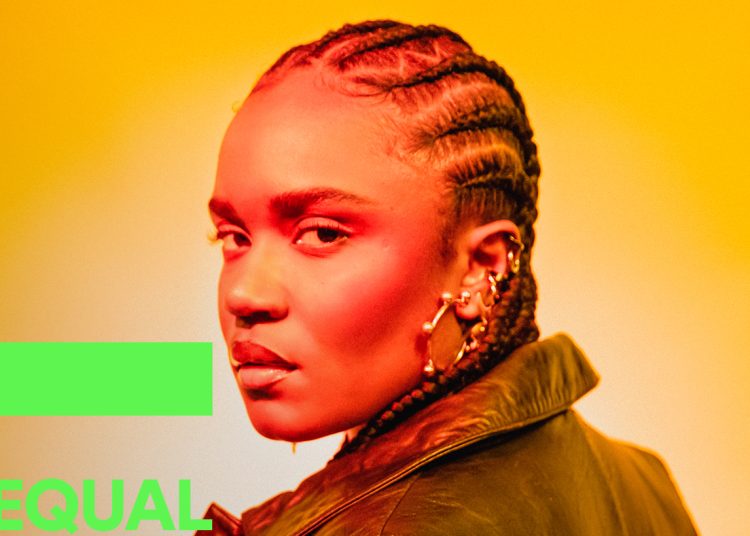 Spotify has announced that Ghanaian breakout star, Amaarae, has joined its EQUAL Music Programme as January’s Artist of the Month. The red-gold-green nation’s global sensation is the cover of Spotify’s EQUAL Africa playlist, which compiles music from “the fiercest African women making waves”.

Spotify EQUAL is a pledge to amplify the voices of women in the music industry, as only 25% of artistes on the charts are female, according to a study by Spotify-funded USC Annenberg.

The EQUAL programme spans seven categories, which include the EQUAL Artists of the Month and the EQUAL local playlists, where Amaarae represents the January 2022 selection.

“I’m incredibly proud to be EQUAL’s Artist of the Month in recognition of all the barriers my creative work looks to break. It’s a win for Ghanaian and African female creators,” says Amaarae.

New York-born Ama Serwah Genfi is creating R&B, Soul, and Afropop fusions that have global appeal. Amaarae, who is a strong advocate of gender equality, is fast achieving fame. The rise of “The Angel You Don’t Know” album maker on Spotify is phenomenal, with more than 10 million monthly listeners, and over 116 million streams for her “Sad Girlz Luv Money” remix alone.

With this viral hit, which features Kali Uchis and Moliy and which debuted at #80 on the US Billboard Hot 100 in November 2021, Amaarae became the second Ghanaian to break into the Billboard charts – 50 years after Ghanaian-English Afro rock band Osibisa first paved the way.

Today, the entertainer known to her social media fans as “Fountain Baby” follows in the footsteps of fellow Ghanaian female star Gyakie who, with her selection in April last year, became the first African woman to partner with Spotify for EQUAL.

Other African artistes to have been featured on EQUAL include Kenya’s SSARU and Muthoni Drummer Queen, Nigeria’s Ayra Starr, and South Africa’s DBN Gogo.

About Spotify
Spotify transformed music listening forever when it launched in 2008. Discover, manage and share over 70 million tracks, including more than 3.2 million podcast titles, for free, or upgrade to Spotify Premium to access exclusive features for music including improved sound quality and an on-demand, offline, and ad-free listening experience. Today, Spotify is the world’s most popular audio streaming subscription service with 381 million users, including 172 million subscribers, across 184 markets.