I don’t want to talk about Sadiq — King Promise 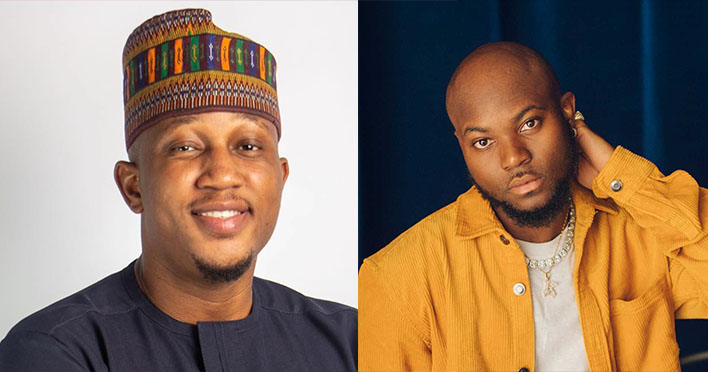 King Promise says he does not want to respond to 3Music Network CEO, Sadiq Abdullah Abu’s claim that he disrespected organizers of Wildaland Festival while they were trying to book him to perform at the maiden edition held at Shai Hills during the 2021 Christmas Holidays.

According to the singer, the encounter was only a business deal that could not materialize due to failure on the part of the parties to reach an agreement.

King Promise said he didn’t know that Sadiq, who is head of the organizing team, felt disrespected during the negotiation period until he poured his heart out on social media.

“I’m not hurt by what he did. When you have done something, then it gets to you, but I haven’t done anything. I was looking forward to performing at Wildaland. It looked beautiful, but we didn’t come to an agreement. Sadiq is a very integral part of the industry. I’ve known him even before I blew up. I have not spoken to him in a long time. The last time he came around, I didn’t know he had a problem with me, King Promise said in an interview with TV3.

“I’m not about tearing down. We are already behind when it comes to a lot of stuff. So we can’t be promoting division. For me, I will never speak on anything. Some people know I won’t speak on anything. So they go ahead and say whatever they want to say, King Promise added.

Abdullah Sadiq Abu is in a Facebook post on January 2, 2022 said some Ghanaian artistses embarrass the country with their lack of professionalism coupled with a sense of entitlement.

Expressing his opinion via a Facebook post in response to Shatta Wale’s recent rant about Nigeria’s dominance over in Ghana in music, Sadiq said, a thorough analysis of the issue will expose nothing but the selfish interests of those calling for market protection.

Sadiq, whose company organized the first-ever Wildaland Festival in Ghana, also called out King Promise for showing disrespect to him over the years, and vowed never to deal with him again.