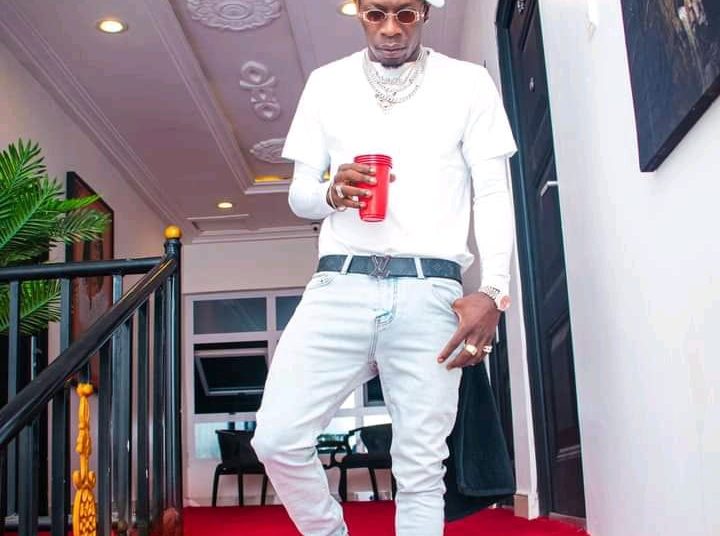 After his case of publishing false news was adjourned to February 15, 2022, Shatta Wale, has responded to the latest court ruling with a message of assurance to his fans on social media.

The singer took to Instagram to share a video of himself riding a hoverboard with the caption:

Known in private life as Charles Nii Armah Mensah, Shatta Wale is facing charges of publication of false news, together with his alleged accomplices, Kojo Owusu Koranteng, also known as Nana Dope, Eric Venator, alias Gangee, and Iddriss Yussif, are being treated as accessories of the alleged crime.

The lawyers, Jerry Avenogbor, Andrew Vortia and Samuel Ofori, told the Accra Circuit Court 4 that the accused persons were arrested with speed and aggression and put before the court only for the prosecution to go back to sleep.

Mr. Avenogbor lamented in court on Tuesday that for the past three months, all they do is to come to court for an adjournment.

While Mr. Ofori told the court they were ready for trial and wondered about the delay on the part of the prosecution, Mr. Vortia prayed the court to begin considering an acquittal and discharge of the accused persons.

The Prosecutor, Chief Inspector Denis Terkpetey Esq. in response, accused the lawyers of violating a gentleman’s agreement on the matter.

The parties were accordingly expected to collaborate in the arrest of another suspect in the matter; but the lawyers have since failed to cooperate with the State in that regard, he said.

Chief Inspector Terkpetey told the court that the State would resort to every means in arresting the said suspect.