Hanks Anuku’s team says he has gone to Nigeria to shoot a movie; will return to Ghana to meet President Akufo-Addo 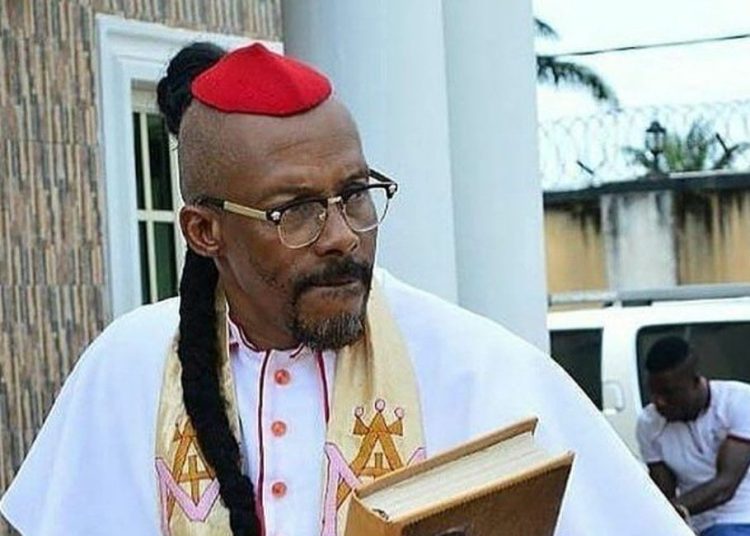 Veteran Nollywood actor Hanks Anuku has finally responded to a viral video of him sitting alone and drinking while being described by the person filming as mentally unstable.

After a member of his team mounted a defense for the actor in a post shared on Instagram which Hanks himself reposted on his IG account, the actor added that “I forgive whoever did that, even if they r here or not Chale. Jah na my defence n defender.”

The actor said he has forgiven the one who started the rumour that he’s ‘gone’ and needs help because, according to him, he does not look like someone who needs help.

“rebaiuhuruofficial When people need hype this is the kind of things they do just to get some clicks and likes on their post… Whoever own this page be careful before your Ancestors will SLAP you spiritual SLAP.

In the past they said hiv, recently said his dead, but Hank still strong, Alive and in his 62 years now this again popped out and is about Hank again… People should please show some respect… and for those who follow things blindly,

Hank is not in Ghana, He is currently in Nigeria working on movie projects and just finished another new movie called (OVIE WHISKEY) alongside ZUBBY MICHAEL… and he will be in Ghana to address things with  the President.” 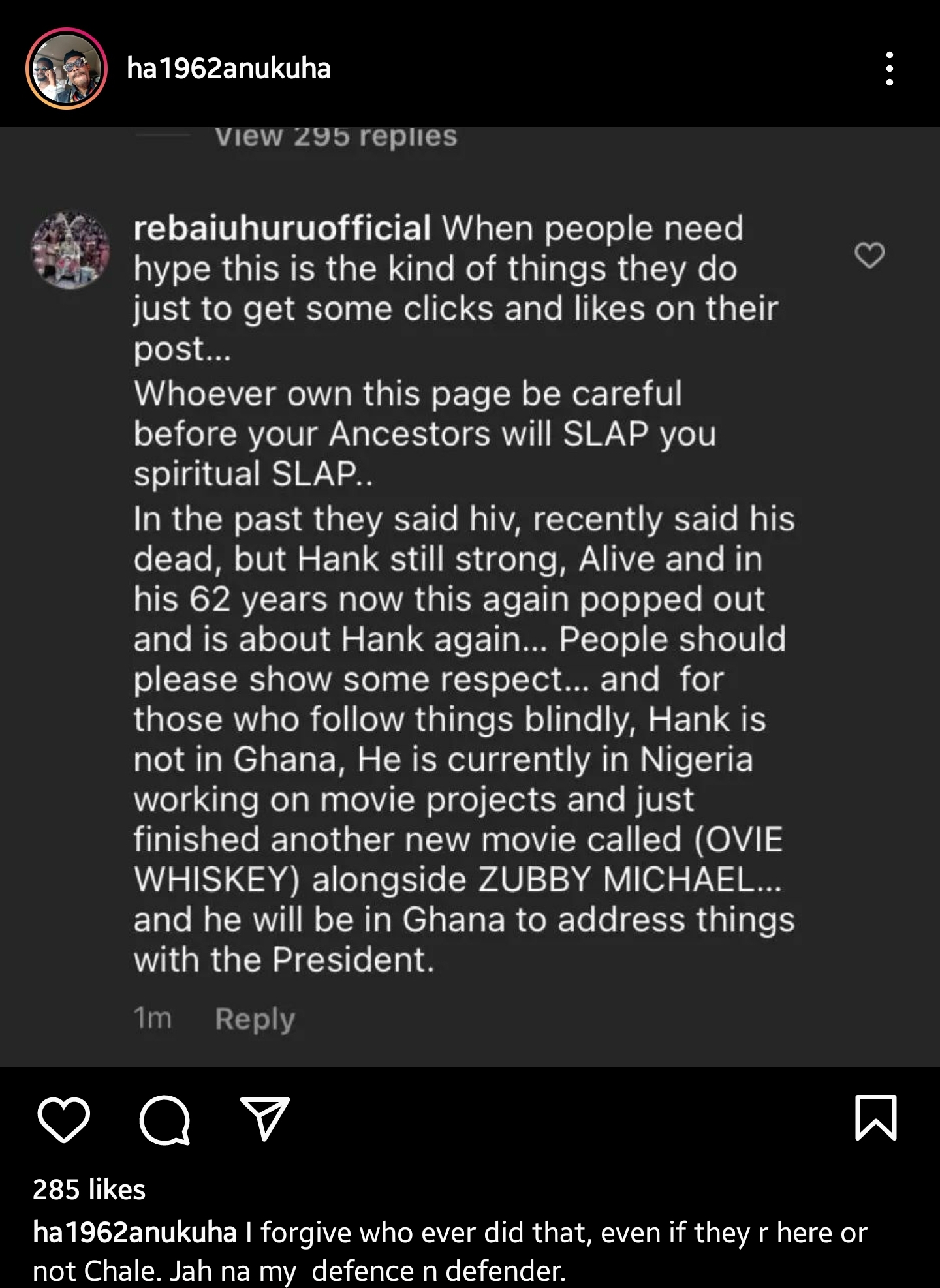