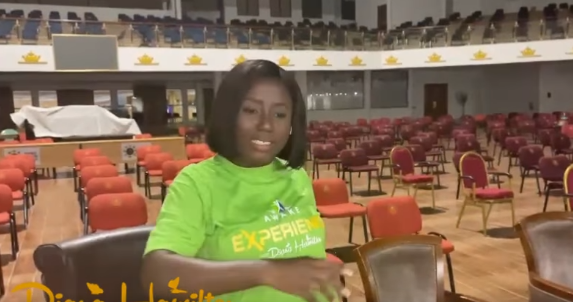 All is set for Diana Hamilton’s gospel music show, dubbed, Awake Experience’ which will be hosted at the Perez Dome at Dzorwulu in Accra.

Patrons must note that the event will start at 5pm prompt.

The 2021 Vodafone Ghana Music Awards Artiste of the Year, started her music journey at the age of 14 while working as a backing vocalist for Francis Agyei.

She was among the few singers who were featured on Francis Agyei’s ‘Metwere Obotan’ and other projects in the early 1990s.

She worked with Zapp Mallet during the recording sessions and subsequently on her own album in 2007.

She was adjudged the Most Streamed Female Act of the Year at the 2021 3Music Women’s Brunch.