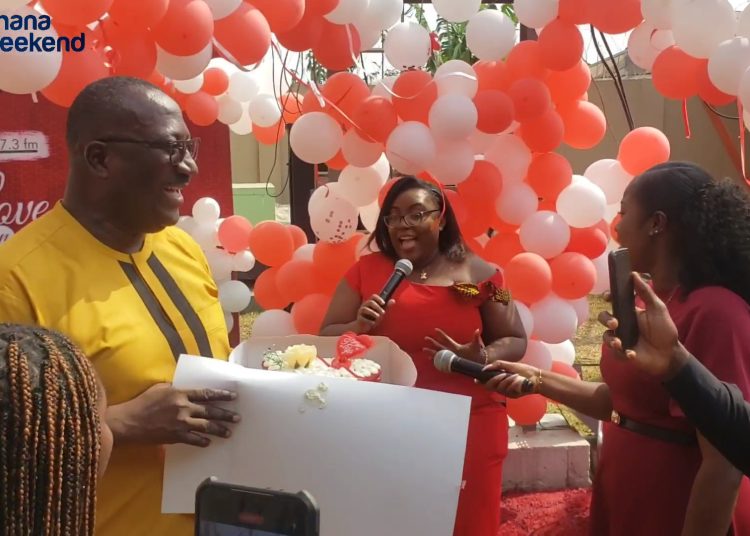 It was a one of those sweet moments when the prankster gets pranked.

Host of Citi FM’s Brunch in the Citi, A.J. Sarpong, obviously did not expect to be put on the spot the same way she did to others on her show.

When presented with a Val’s Day package with a romantic message and asked to mention the name of the person who could be behind it, AJ fumbled for a while before saying, “I can’t guess.”

Love in the Citi which aired during the first two weeks of February, became hugely popular among listeners and reached the top spot of Ghana’s most trending topics on Twitter on Friday, February 11.

The season was climaxed with a live music show held on the premises of the station in Adabraka, Accra.

Love In The Citi 2022 threw more light on the complexities of love relationships, as many failed when they were put on the spot to mention the names of their spouses.

A man had the shock of his life when a woman he claimed to be his girlfriend denied him on live radio.

During the 2021 edition of Love In The Citi, Charity mentioned one “Desmond” as her boyfriend instead of Michael, who wanted to surprise her on the special Valentine show.