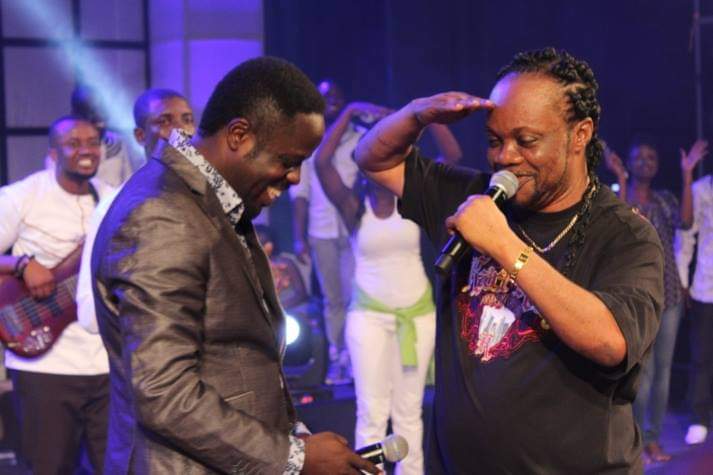 Highlife legend, Charles Kwadwo Fosu aka Daddy Lumba has shared a throwback video of how he introduced his protégé, Ofori Amponsah, to music lovers at the first-ever Ghana Music Awards which was held in Accra in the year 2000.

Ofori Amponsah had had the opportunity to collaborate with Daddy Lumba, but remained relatively unknown until he started performing with Lumba on big stages.

In the year 2000, Daddy Lumba emerged as the biggest winner of ‘Aben Wo Ha’ Song of the year at the Ghana Music Awards.

Five years later, Ofori Amponsah achieved the same feat when he was crowned the ultimate winner of the 2006 edition.

The 22-year-old video of the two highlife greats has generated a lot of positive reactions and nostalgic feelings about ‘the good old days’.