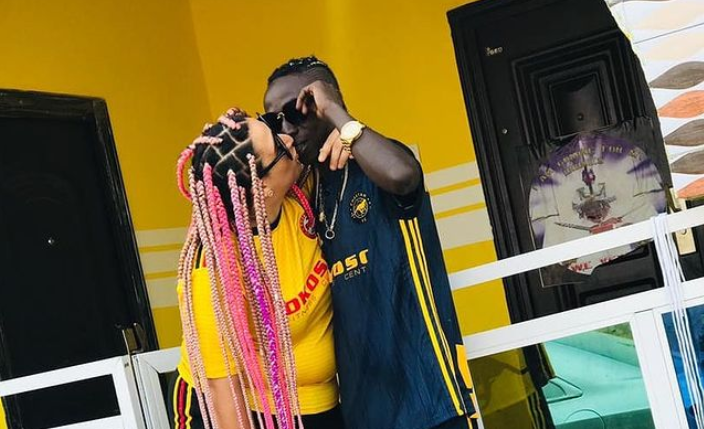 ShareTweetShare
Patapaa’s wife, Liha Miller is being applauded by fans of the controversial rapper after she posted her own lip-synch video on TikTok to promote her husband’s music.
As usual, the song, titled ‘3y3 Hu’ has a fast tempo beat akin to his trademark Scopatumana verse.

In the comment section of the video, Liha (who is a practising nurse in her home country) is receiving high praises for being a supportive wife.

After meeting Liha during a music tour in Germany, Patapaa and Liha officially tied the knot on Saturday, January 2, 2021 at Agona Swedru in the Central Region of Ghana.