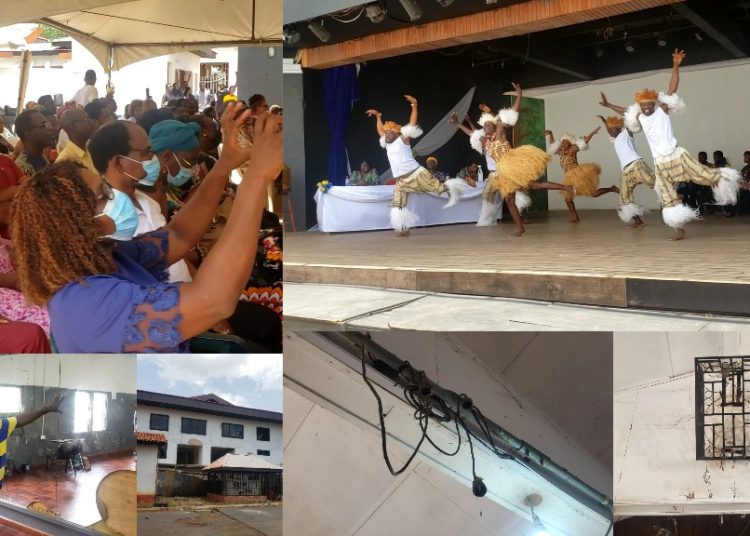 The School of Performing Arts, University of Ghana, Legon, has appealed to individuals and organizations to contribute to the development of creative arts education through a crowdfunding campaign.

On Thursday, April 7, 2022, the school launched a fundraising campaign to raise 100,000 dollars for the improvement of facilities.

The School of Performing Arts, University of Ghana, Legon, has launched a 100,000 dollar crowdfunding campaign to improve its building infrastructure#GhanaWeekend pic.twitter.com/5yHgHuzy6K

According to Dr. Awo Mana Asiedu, Dean of the School of Performing Arts, the Bank of Ghana has already contributed GHS 200,000 to the cause.

“Sometimes it is a question of priorities that the university has, maybe, because I know that these facilities have been reported to the Development Office, and we have tried to help them fix things, but it hasn’t happened,” she noted.

The Head of the school’s Dance Department, Dr. Korshi Kuvor, said the school’s amphitheatre project which started in 2004 has still not been completed, even though existing facilities have deteriorated over the years.

Broken mirrors, broken tiles, broken ACs and lights. This is the only mirror room used by hundreds of students at the University of Ghana School of Performing Arts. The department has launched a 100,000 dollar crowdfunding campaign to improve facilities #GhanaWeekend pic.twitter.com/phvJ5HEVU7

The buildings have broken mirrors and tattered roofing sheets. Some air conditioners in offices do not work, as some classes are still held under trees.

The drama studio, donated to the school by Efua Sutherland, has issues with sound and lighting.

About the School of Performing Arts

The School of Performing Arts, which used to be known as the School of Music and Drama, was established in October 1962 as a section in the Institute of African Studies.

The School was made up of two units, Music and Drama, which evolved into the Department of Drama and Theatre Studies in 1972.

In the year 1977, the School changed its name to School of Performing Arts but was still under African Studies till October 1978 when it became autonomous.