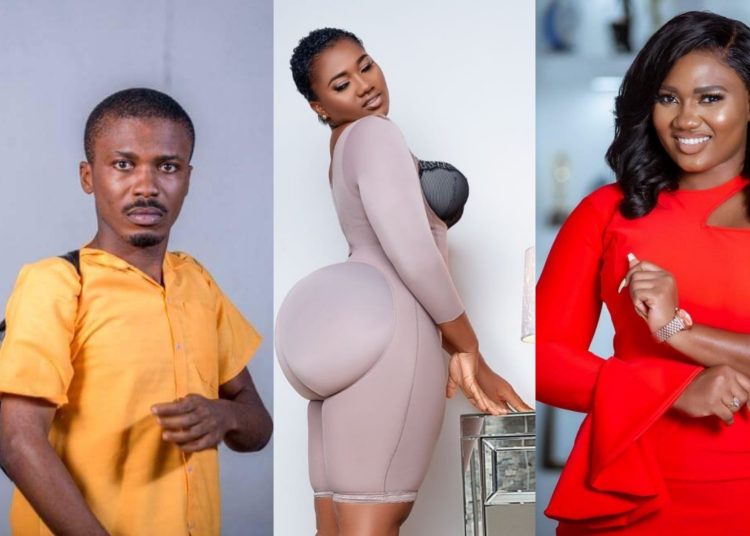 But for the intervention of comedian, Clemento Suarez, Abena Korkor would have dropped another bombshell at the special Easter Monday comedy show dubbed E-comedy, which was held at the Accra City Hotel on April 18, 2022.

Miss Korkor who has disclosed that she suffers from bipolar disorder and is infamous for revealing the identities of men she dates, failed to honour her promise of giving an “exclusive list” to the audience after following disrupted by Clemento.

According to Clemento, Abena Korkor’s new list would not be complete without the inclusion of Kwame A-Plus, a comment which obviously caught her off-guard, and made her backtrack her promise.

Social commentator, A-Plus and Abena Korkor apparently have a ‘beef’ between them and the two former do not see eye to eye.

It was a hilarious night of back-to-back comedy from some of Ghana’s top comedians, OB Amponsah, Clemento Suarez, Pararan of (Mocknews) fame, Afia Barcelona, James Brown, Putogo, and Ma Nuel.

The event, which was headlined by comedian Augustine Dennis, also featured a poetry performance from Rhyme Sonny, with music by Kweysi Nyansa and a guest appearance by Bernard, the magician.