Augustin Dennis dazzles at his ‘E-Comedy’ show on Easter Monday 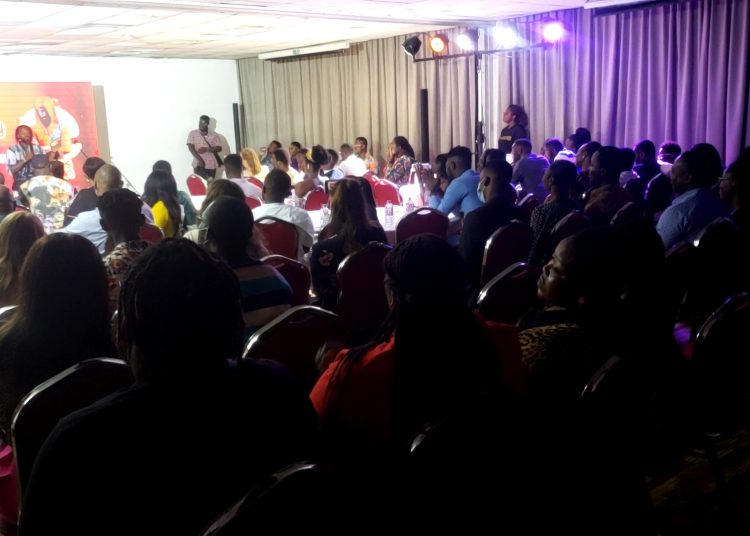 It was a night of back-to-back hilarious performances from some of Ghana’s top standup comedians at the maiden edition of the ‘E-comedy’ show, held at the Accra City Hotel on Easter Monday, April 18, 2022.

E-comedy, organised and headlined by comedian, Augustin Dennis, was themed around Ghana’s current economic situation as well as global issues such as the COVID-19 pandemic and its impact on societies and cultural practices.

In an interview with Ghana Weekend, Augustin Dennis urged Ghanaians to support comedians by patronising events such as E-comedy.

He said, aside from helping to relieve stress, comedians also educate the public through thought-provoking jokes and satirical statements.

He assured comedy fans of his commitment to organising more standup shows across the country to promote Ghanaian comedy.

The 2022 edition of E-comedy also featured a poetry performance from Rhyme Sonny, music by Kweysi Nyansa, and a special guest appearance by the magician, Bernard.