“When I speak, they call me atheist” — Okyeame Kwame on religion in Africa

by Kweku Sekyi
in Celebrity News, News, This Weekend
Reading Time: 3 mins read
A A
0 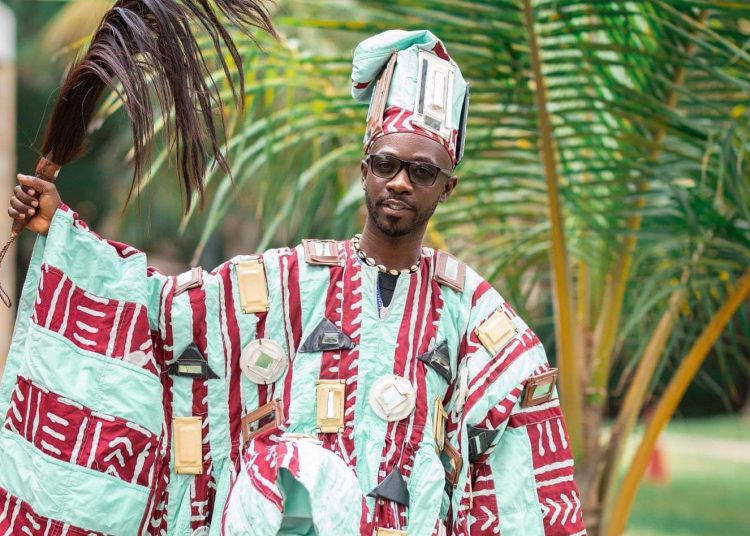 Rapper Okyeame Kwame has called for  tolerance and peaceful co-existence among people of different religious beliefs.

The rapper, in a lengthy shared a lengthy message on Facebook, expressed his opinion about religion in Africa and religion how it has become a tool for division instead of unity.

According to him, religion has become a major problem in Africa because of lack of education among followers of various sects.

He narrated his own experience of often being tagged “atheist” by some religious people who are not comfortable with his thoughts and questions.

I’m not an Atheist, I just question everything,

A few weeks ago someone commented under one of my reflections saying “you don’t believe in God why do you say God should bless Sadhguru?

My response was very simple, I have never said or written anywhere that I don’t believe in God.

Of course, the debate went on and on and people called me all sorts of names including Atheist.

How can you call me an Atheist when at least twice every week I’m on social media saying God should bless someone?

I think I know where the problem is coming from, I once wrote that we should rather know God and not just believe God.

Knowing is absolute but belief is unsure.

If I tell my wife I believe I love her, she might slap me, but if I say I know I love you, you know the rest.

In court testimony, If I say I believe I witnessed the action, the judge might lock me up for contempt but I know what happened is a testimony.

God is a German word that means force.

So when I say God bless you, what I mean is, may the force of the universe bless you.

Religion has divided man into groups based on history, culture, traditions and ideologies. This division has created false loyalty or loyalties to our individual groups based on our identity and the power of the God that the group fears and worships.

Due to this, man is blinded to the oneness and the universality of God.

Most thinkers agree with the Akans that there is only one God, (Onyame – Kro – Pon).

Since the spirit behind the universe is not an object, then it stand to reason that it cannot be counted.

So why are we fighting over who has the best God?

No matter which religion one belongs to, I think it is safe to say that one of the key characters of this force is love and where is the presence of this love when we keep dividing ourselves into groups, sects and religions? Is the Buddhist not preaching love to all ? Is the Muslim not doing same?

Are the Africans not preaching Ubuntu ( I am because you are)?. If the answer is yes, then why do we allow ancient ideologies to divide us in 2022?

I know there is God. I interact with it everyday. It is in me, it is in you, it is in the cow, the snake, rock and in everything visible and invisible.

As much as I try ,I know I will only feel God ( force) and not See God .So you are the God I serve and if I can’t forgive and be kind to you, I must shut up about the invisible force.

Is your God different from mine ?

Will a loving God be happy that His/Her children fight over who He loves ? 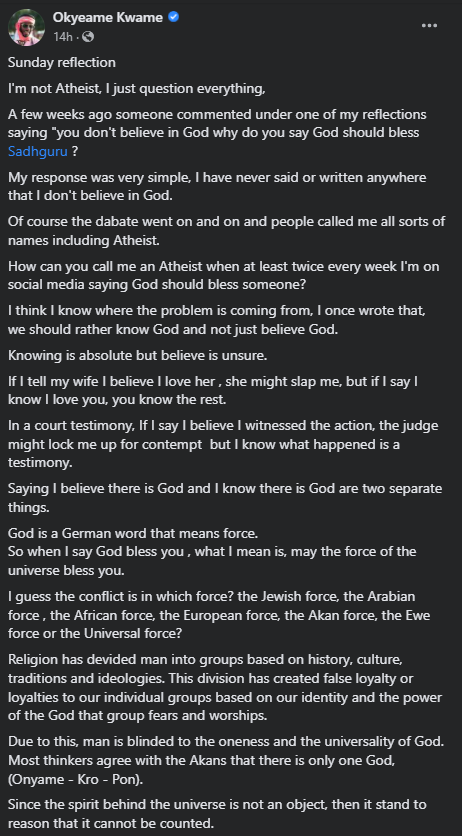 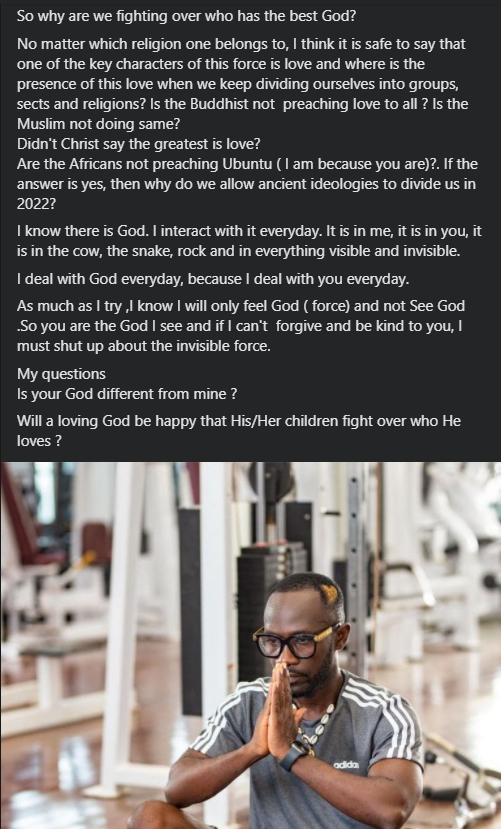 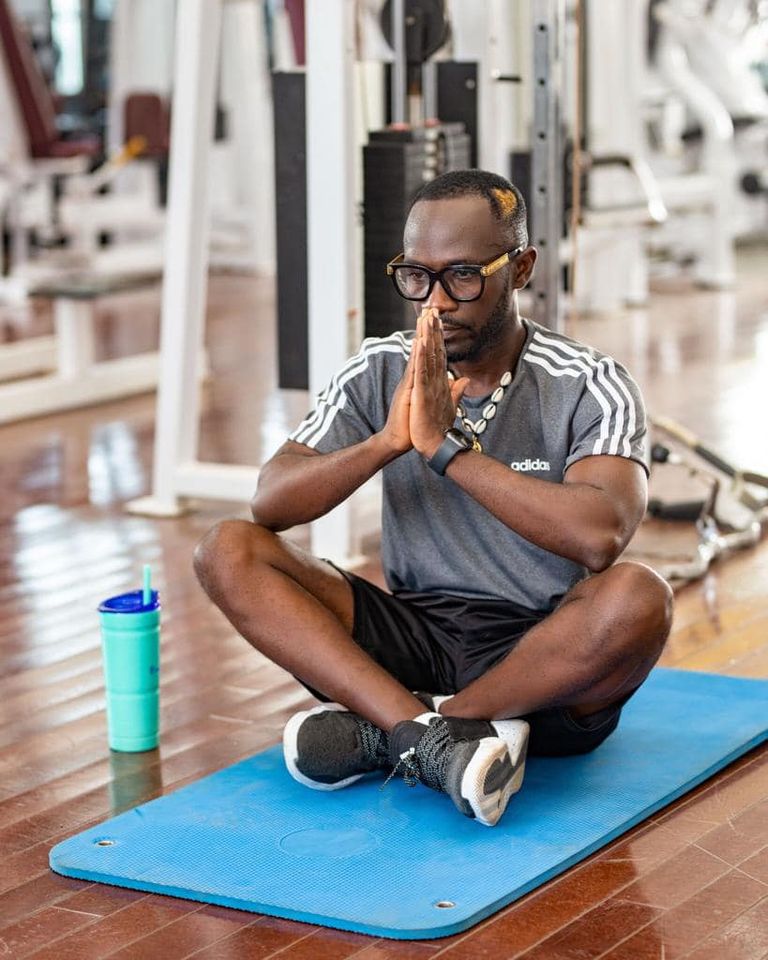