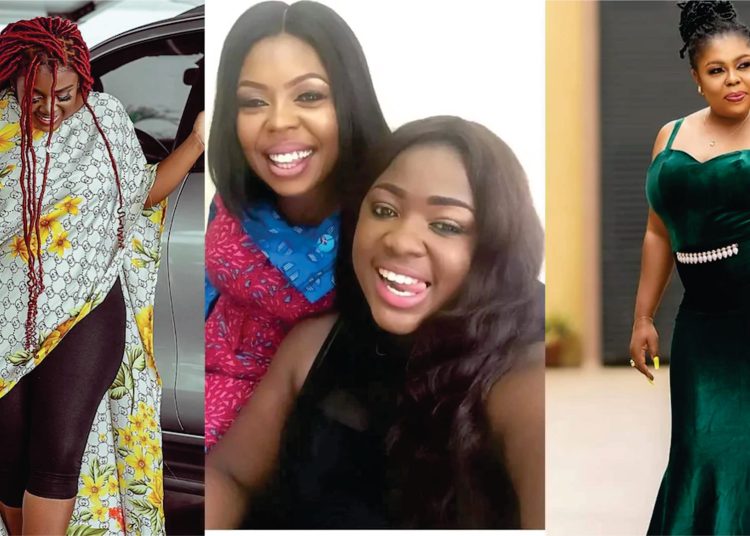 Movie producer, Tracey Boakye, has retracted a statement she made about Afia Scwarzenegger, two years ago

She had said that she bought a vehicle for Afia Schwarzenegger, a claim Afia subsequently rubbished.
In an interview on UTV’s Atuu show, Tracey, explained that her claims were not true and that it was just a flip of the tongue.
She said she did not see the need to go public to talk about it again after Afia Schwarzenegger made a video to respond to her.
Many believed the issue, which happened two years ago, had the potential of causing a rift between the two social media influencers, however, that does not seem to be the situation now as the two are still seen at public events and apparently in a social club called the ‘Mafia Gang.’