by Kweku Sekyi
in News, Personalities, Story, This Weekend, Videos
Reading Time: 1 min read
A A
0 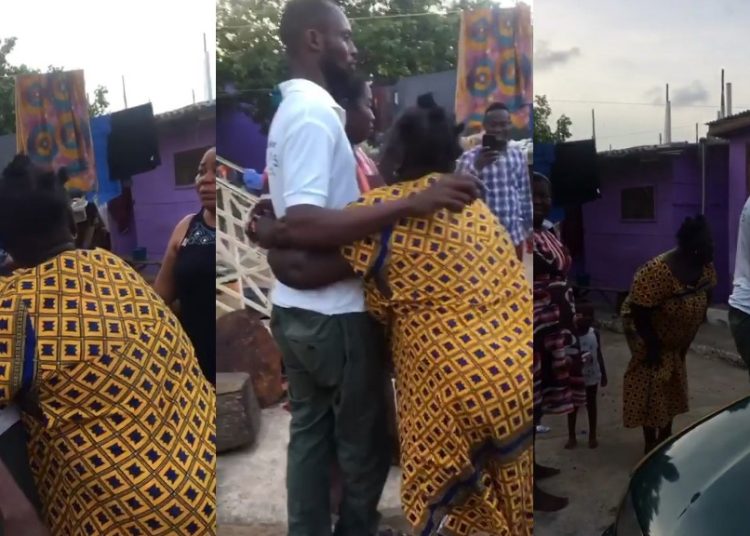 A taxi driver is being hailed as a hero after returning an amount of GH8,000 which was mistakenly left in his car by a passenger.

In a video which has surfaced online, the passenger, a fish seller as Mallam Atta market, is seen hugging the taxi driver for not making her run at a loss.

The woman was reportedly devastated after mistakenly leaving behind her working capital in a taxi cab, but the driver saw it hours later and drove back to her location to look for her and present the full amountwithout demanding anything.