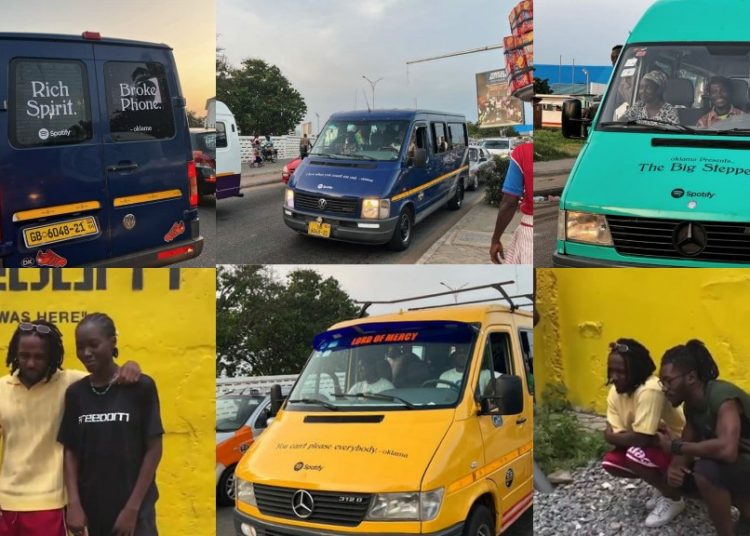 US rapper, Kendrick Lamar, is using trotros to create awareness about the release of his new album “Mr. Morale & The Big Steppers”.

The branded vans which have inscriptions about the album are working normally on the roads of Accra and carrying passengers as usual.

This comes shortly after photos surfaced as evidence of Kendrick Lamar’s presence in Ghana’s capital.

Information making rounds is that his activities in Ghana are being sponsored through a partnership with giant music streaming service, Spotify.

Pictures and videos of ‘K-Dot’ and members of his team hanging out at the Kozo Restaurant located in Osu surfaced a few days ago.

It was reported that his visit included an album listening party and the shooting of a video documentary.