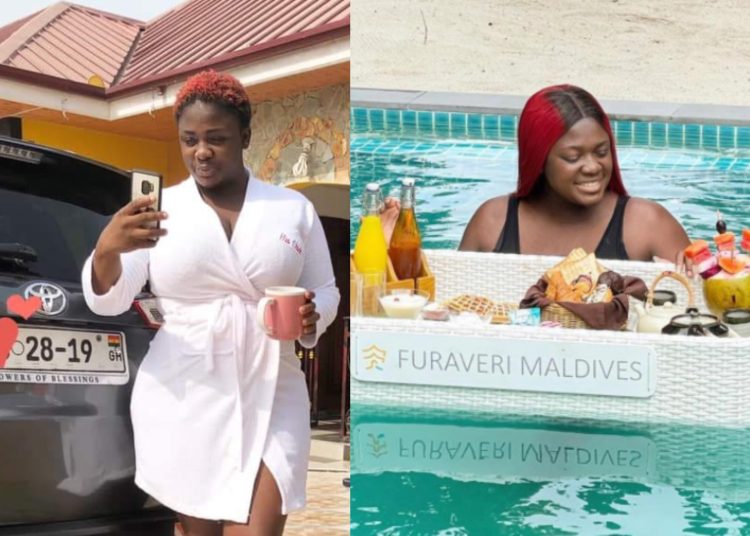 Actress and movie producer, Tracey Boakye, says she is satisfied with the way her baby daddy (aka Papano) has been taking care of her since she gave birth to their daughter.

Speaking in an interview with Abeiku Santana, Tracey said her daughter’s father has exceeded her expectation with regard to her his responsibilities for the upkeep of the child.

Tracey said that unwise for a woman to ruin the marriage of a fellow woman who has struggled to build a life with her man. 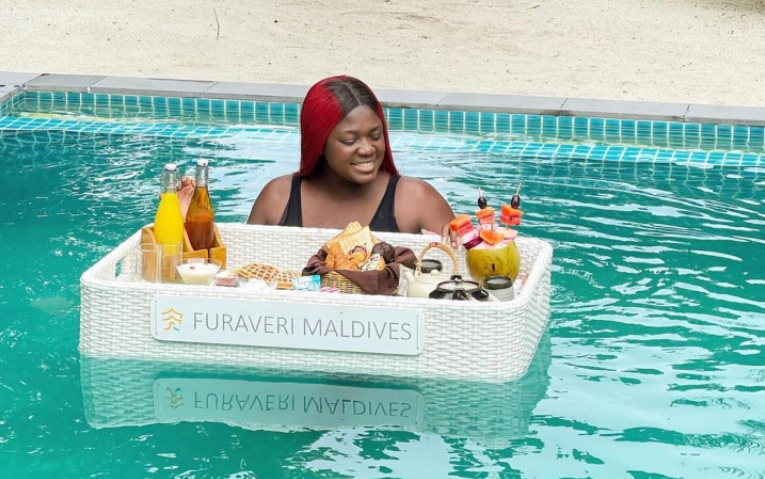 “Some people have struggled with their husbands and because of the man’s infidelity, he would come and propose love to you, don’t mind such people,” she said.

Tracey added that she has made a fortune purely from hard work.

She said, unlike other celebrities, she flaunts her expensive possessions because she really owns them in real life.

Three years ago, Tracey Boakye announced that she started her company with business capital of only 300 cedis.

According to her, she now owns houses, cars, a restaurant, a beauty salon, a movie production, and a real estate company.