by Kwame Dadzie
in News, This Weekend
Reading Time: 2 mins read
A A
0 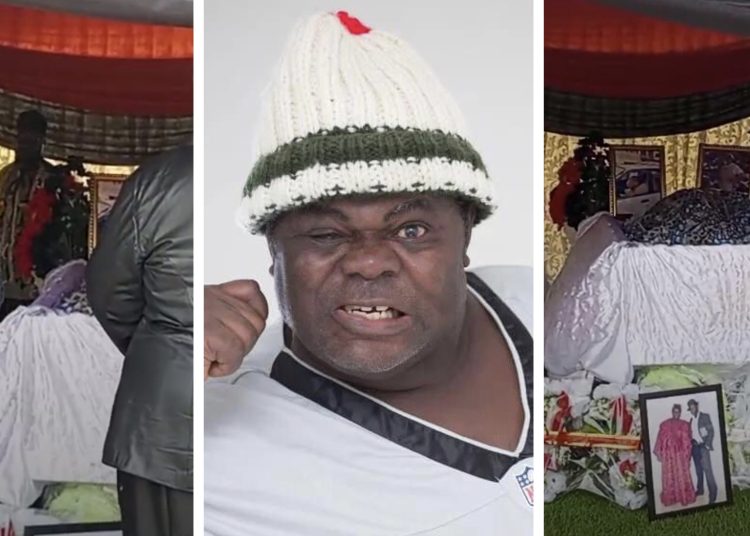 Ghanaian actor Psalm Adjeteyfio has been laid to rest at the La Public Cemetery.

The final funeral rites took place today (Saturday, June 4, 2022) at the Forecourt of the Trade Fair Centre in Accra where the mortal remains were laid in state.

Actor TT laid in state at the Forecourt of the Trade Fair Centre in Accra.

In a attendance were the media, the clergy and some actors of the ‘Taxi Driver’ series including Henry Harding (Osofagus) and George Quaye (Aboagye).

A thanksgiving service will be held on June 5, 2022, at the V.I.D.E. Ministries, opposite EV Filling station at Teshie Yoomo Sperce in Accra.

The actor passed away on April 8, 2022, from complications, ranging from cardiomegaly to high blood pressure.

The Late TT starred in movies like Papa Lasisi, The Chosen One, American Boy, and The Scent of Danger.

TT will be remembered for his great acting skills and unique personality which made him a household name in the late 1990s.

In the star-studded popular television series, which included Mikki Osei-Berko (Master Richard), and George Quaye (Aboagye), TT was the most popular character in Taxi Driver.

As a result of his fame, Psalm Adjetefio became the face of top brands such as Duraplast, who capitalized on his popularity to promote their PVC pipes through TV adverts.

Other popular characters in the Village Communications production were Nat Banini and Henry Harding also known as Pattington Papa Nii Papafio or Osofagus.