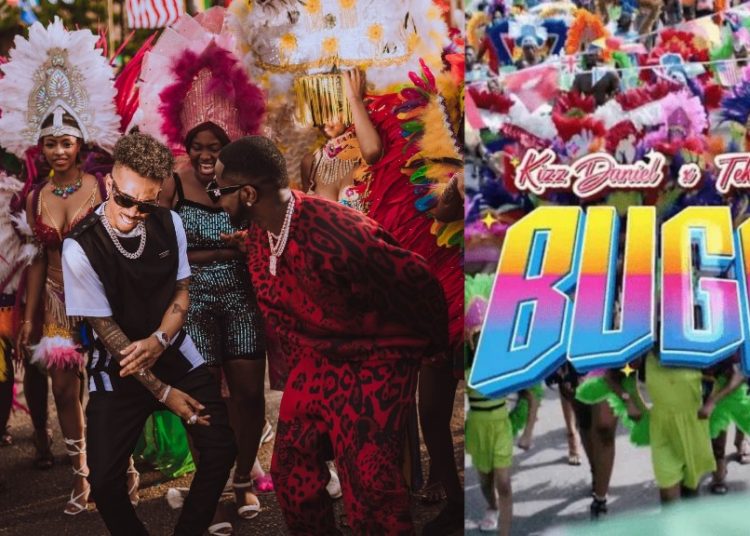 Nigerian singer and songwriter, Oluwatobiloba Daniel, aka Kizz Daniel, is having a wonderful time in his career, as his song, ‘Buga’, featuring Tekno, continues to make waves in Africa and beyond.

The music video was posted to YouTube in the evening of Wednesday, June 22, 2022, and as of the time of filing this report by 2pm on Monday, June 27, it already had over 7.7 million views.

The video which had a carnival theme features Kizz Daniel, Tekno, and skit maker, Oga Sabinus.

Recall that the song was an instant hit on social media, with several people recording videos of themselves dancing to the song. Notable personalities that have publicly danced to the song include Liberian President, George Weah; a former Minister of Transportation, Rotimi Amaechi.

The song was also played several times at the recent presidential primary of the All Progressives Congress.

On May 19, 2022, a music app, Shazam, took to their Twitter page to announce ‘Buga’ as the most Shazamed song in the world.

It was also the first song to amass one million streams within 24 hours on Boomplay Music.

Daniel also started a ‘dance challenge’ for the song and several people across the world participated in it. The singer went on to give some of the participants a N1m naira cash prize.