A.B. Crentsil passes away at age 79 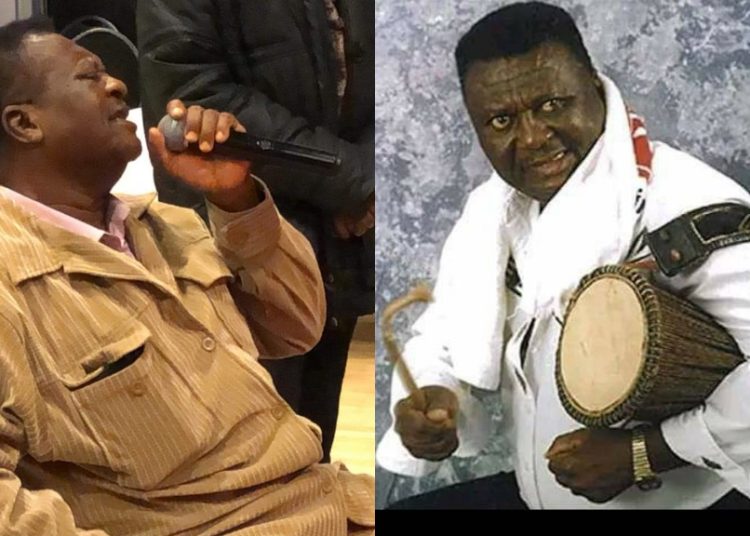 Highlife legend A.B. Crentsil has passed away at age 79.

The sad news was announced by ace recording engineer, Fred Kyei Mensah better aka Fredyma on Wednesday, July 1 3, 2022, in a Facebook post.

“FAREWELL AB CRENSTIL. The original composer and singer of the famous and controversial songs, ‘Moses and Aba AB Crenstil, has died! He had a stint with a lot of bands before joining the Sweet Talks Band with Smart Nkansah and then his own band, Ahenfo. His hit songs, ‘Juliana and Obi ba wiase cannot be forgotten,” the post read.

Local news portal, GhanaWeb has reported that Fredyma intimated that the veteran singer had been sick for some time now.

Tributes have started pouring in for the man regarded as one of the greatest Ghanaian musicians.

A.B. Crentsil was born in Tarkwa in 1943. He played in the El Dorados Band, Sweet Talks, Talk Of The Town Band and later his own Ahenfo Band.

Abraham Benjamin Crentsil (born 1950) began his musical career with the El Dorados of the State Aboso Glass Factory and the Lantics in Takoradi.

Then, in 1973, he joined the Sweet Talks that included Eric Agyeman, Smart Kwaku Nkansah and Pope Flynn.

This group was the resident band of the Talk of the Town Nightclub in Tema owned by Jonathan Abrahams, the brother of the highlife singer Joe Mensah.

During the 1980s, Crentsil mainly recorded in Canada and his band toured abroad extensively. His top 1980s releases include ‘Kafo Mpo Dzidzi’, ‘Abrokyiri Abrabo’, ‘Party Time with The Stars’ and ‘Toronto by Night’. More recent recordings are ‘Highlife in Canada’ and a 1991 re-release by World Circuit Records of his ‘Hollywood Highlife Party’. Since the 1990s, many of his hits have also been released on CD by the UK-based companies World Circuit Records and Sterns.

In the mid-2000s, he teamed up with the highlife artist Obour to produce a collaborative highlife-hiplife album. Crentsil still makes occasional appearances, for instance at the Highlife Festivals and Parties organized periodically in Accra by Mark Okraku-Mantey of Slip Music.