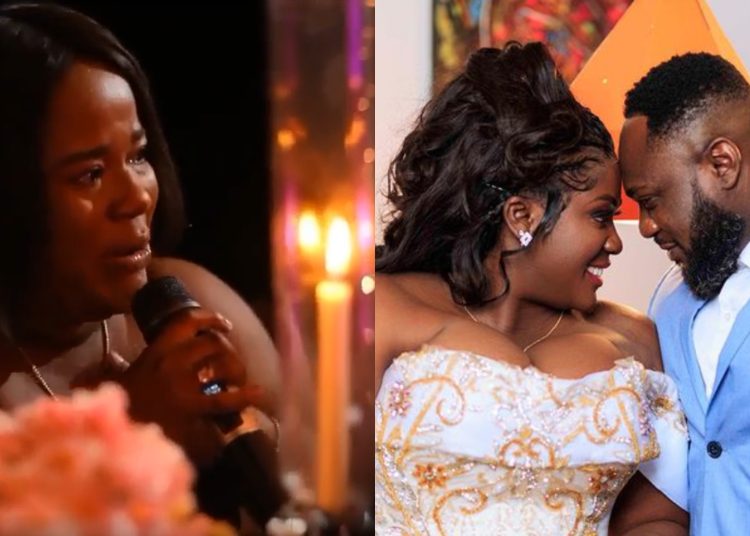 Mother of actress, Tracey Boakye, has advised her to stick to her new husband, Frank Badu Ntiamoah.

Tracey’s mom made an emotional plea on her traditional wedding day at Kumasi in the Ashanti Region.

According to the actress’ mother, her new son-in-law has shown her family love and thus she does not want to see her daughter leave their matrimonial home.

Frank, a former actor and brother of popular film producer known as Pepe who lives in Germany.

Tracey gave a hint of who Mr. Right is with the official hashtag for the wedding, ”Francey 2022”. The tag gave fans an idea that her husband’s name starts from ‘Fran’ but they could not tell if it was Francis or Frank.

Tracey organized a bridal shower ahead of her wedding on Tuesday, July, 26th, 2022.

Amidst the pomp and pageantry, Tracey’s mother is more concerned about how the marriage will stand the test of time.