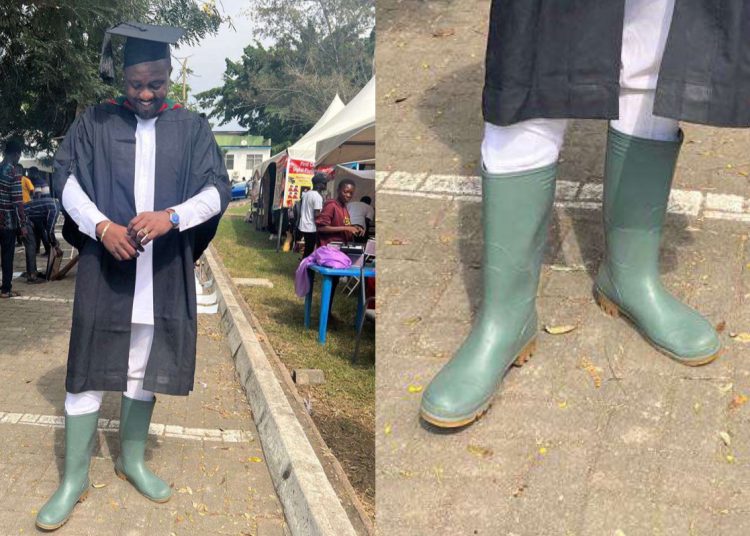 Actor, John Dumelo, has done the unimaginable  by wearing farming gear to his graduation ceremony at the Ghana Institute of Management and Public Administration (GIMPA).

John Dumelo, who announced to his fans on Twitter that he had bagged a masters degree from the institution, is  among a long list of celebrities and public figures who have recently graduated from GIMPA.

Other popular personalities who were awarded degrees at the event were A-Plus and the newly elected president of the Ghana Journalists Association (GJA), Albert Kwabena Dwumfuor. 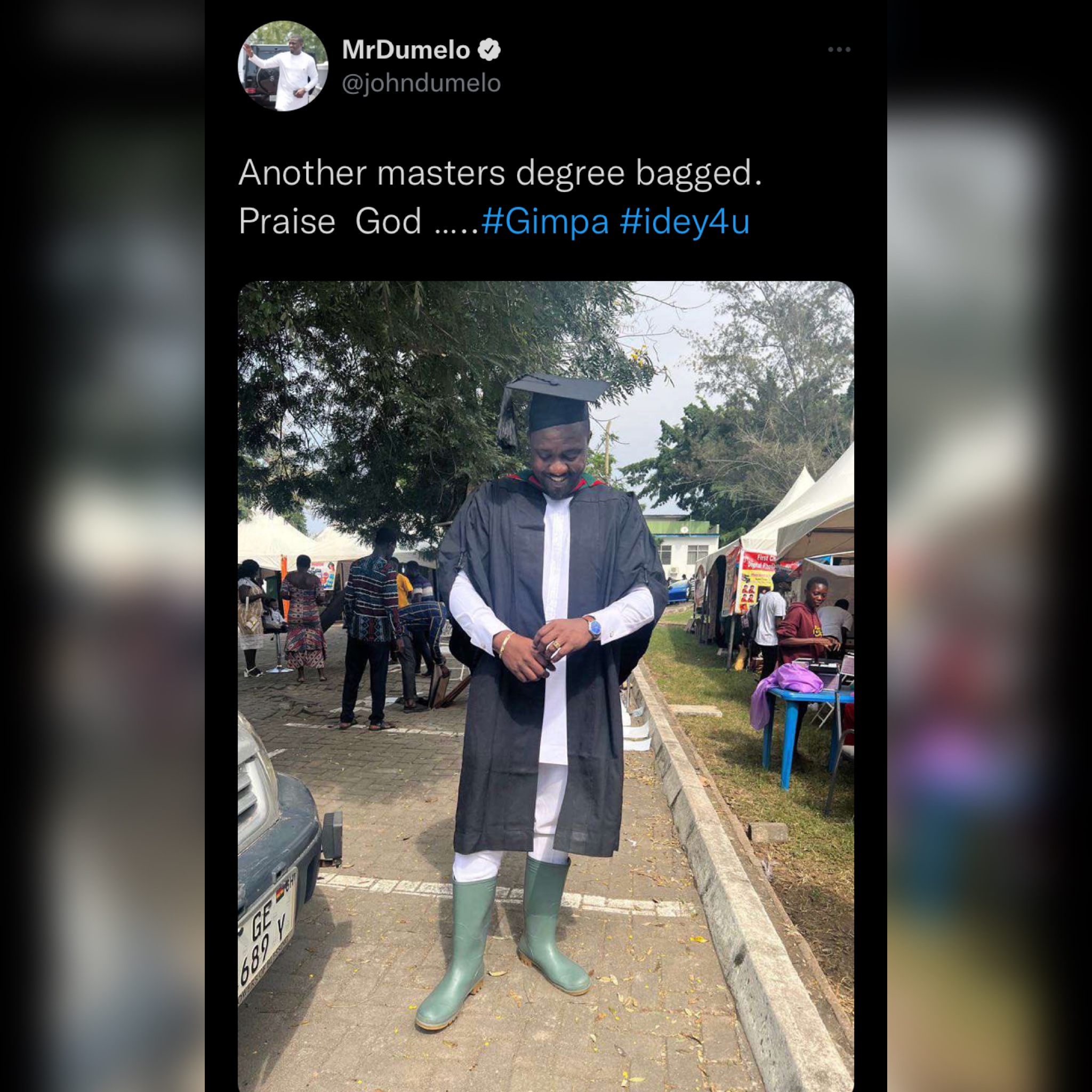 Following his failed bid to become the member of parliament for Ayawaso West Wuagon, in the Greater Accra Region, John Dumelo, has been promoting his agribusiness, Melo Farms.

In July 2021, he shared pictures from his farms on social media, showing several bags of ginger harvested for the season. 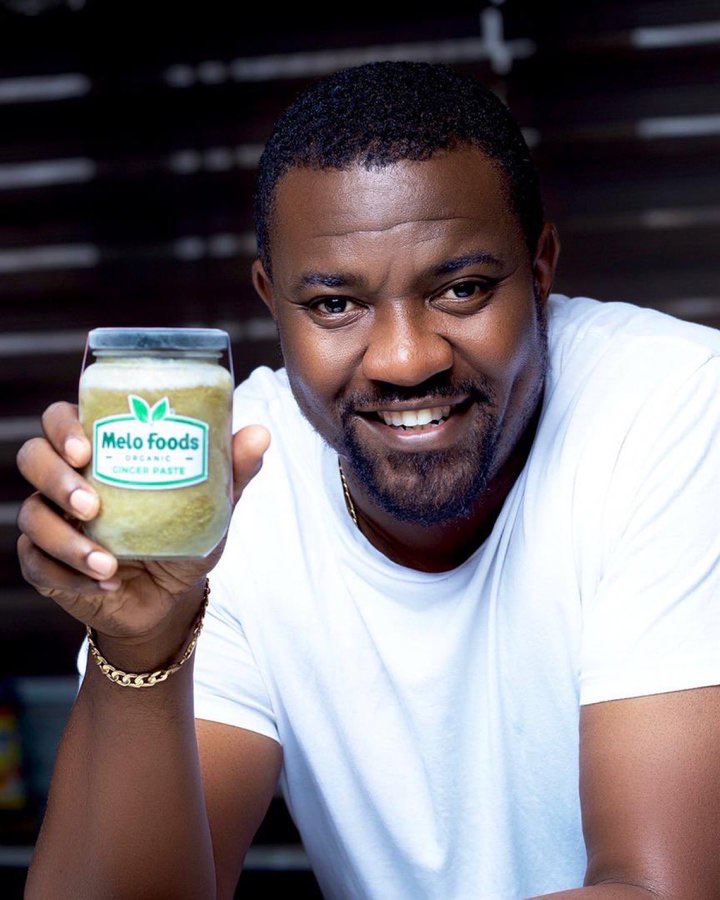 John Dumelo also rears livestock and cultivates other crops such as mushrooms.