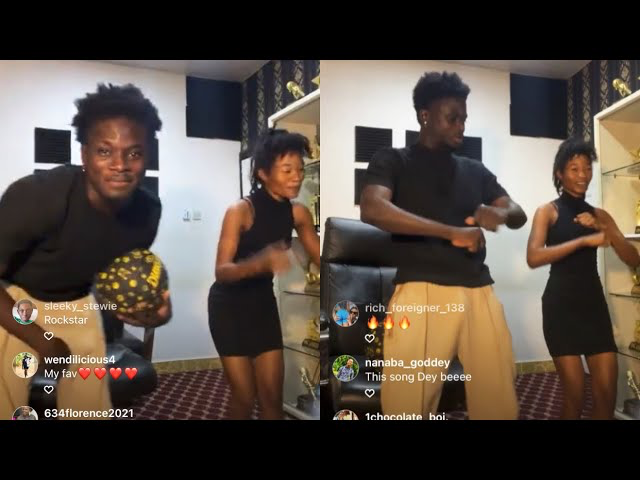 Deloris Frimpong Manso, also known as Delay, has expressed her thoughts about Kuami Eugene’s relationship with his house help, Mary.

According to her, she has watched many love tales and noticed how they start. She said it takes someone who has a “third eye” to notice how relationships begin and blossom.

The TV host said on her show that the chemistry between Kuami Eugene and his Mary raise eyebrows, and while most people will never know, she feels their feelings for each other will blossom into something lovely in the near future.

Delay also stated that she would not be surprised if Kuami Eugene eventually settles down with his housekeeper, Mary, as a wife.

This follows the multiple occasions Kuami Eugene has brought Mary in several of his social media posts.

Kuami was recently spotted driving her around in his car, but some have said there is no big deal about.