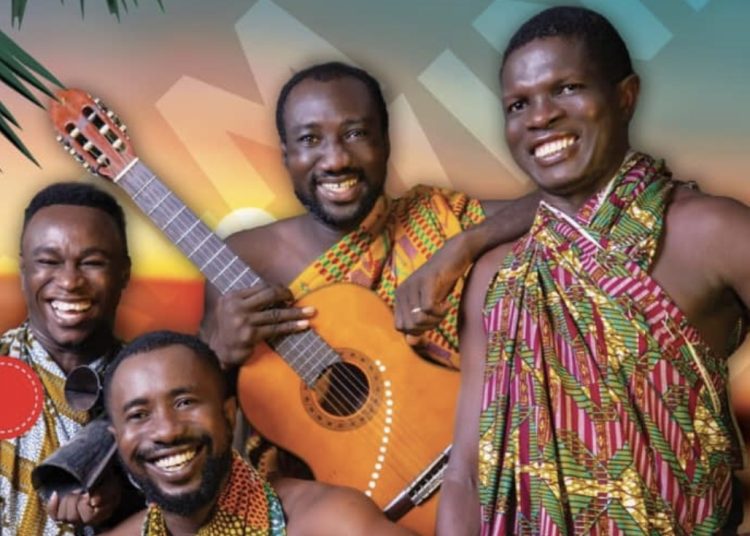 It was a moment of celebration when Ghanaian palmwine highlife band, Kwan Pa, made an appearance at the Zen Garden on Saturday, July 30, 2022.

As part of their 5th-anniversary celebration, they put up a show to entertain their fans and music lovers.

They got introduced on stage by Nana Asaase, who, in his usual poetic element, brought each of the members on stage. Before giving the green light to Kwan Pa to perform, he then sang his ‘Yaa Donkor’ and performed a few lines of poetry.

Typical of their style of music, palmwine highlife band started with typical highlife music, did a mishmash of contemporary highlife and hiplife, and peaked to a jama session.

They also performed their new single titled ‘Immediate Effect’ which was released on Friday, 29th July 2022 – a day before the anniversary celebration.

Even though they perform with traditional musical instruments, they also add a modern touch to most of their compositions.

Since it was formed, Kwan Pa, has performed at different types of events in the country.

Watch more of their performances below: