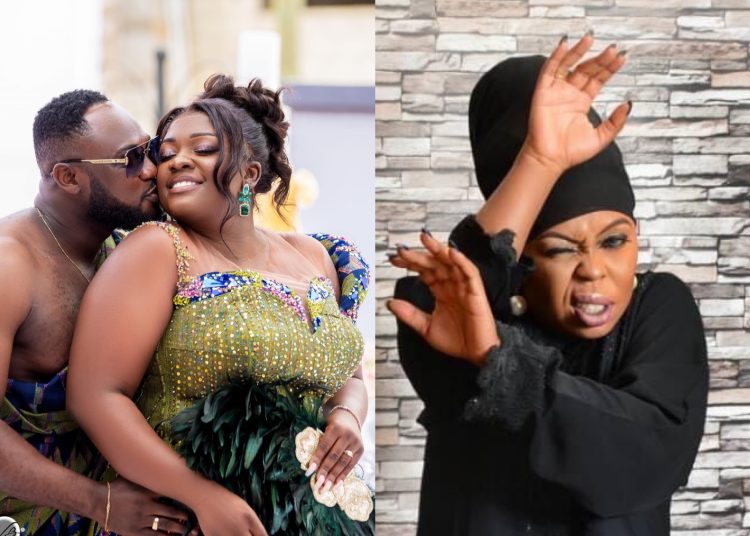 Afia Schwarzenegger has revealed some information about the love life of the husband of Tracey Boakye, Frank Badu Ntiamoah.

According to her, the German-based businessman was in a relationship with another woman for 10 years before deciding to marry Tracey Boakye.

Afia, who made the revelation in a video, added that Frank did nothing wrong by marrying Tracey Boakye as he met Tracey before meeting the other woman.

She sent a warning to Frank’s exes to stay away from him and allow him to enjoy his marriage with Tracey.

Many have linked Afia’s statement to Vivian Jill, who is rumoured to be the long-time ex-girlfriend of Frank.