Your marriage is a scam — Oboy Siki fires Tracey Boakye 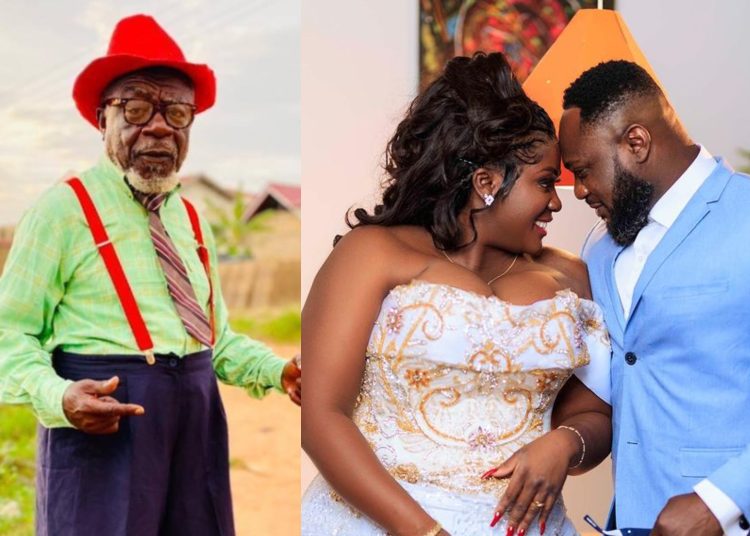 According to Oboy Siki, the marriage was staged to deceive Ghanaians.

“I don’t see it as marriage, I see it as a trick, I feel they sat and plotted something,” he said in an interview with Kumasi-based YouTube channel, Smart Ghana,

He continued that “it’s not the type of marriage that God said the two shall become one. It’s not God’s plan … what they have done is like cover-up”.

“Their marriage will not go far. If it reaches six months, it means their marriage contract is six months. This is because my daughter can go six months without social media, that’s where she does everything, but with a good marriage, you can’t do that” Oboy Siki said.

Stating his reasons, he added that “no responsible man will allow his wife to go on social media to talk unless he is not responsible, unless the man is also like that. Then it means they all sat on social media and agreed to marry, if that’s the case then it can end in 30 minutes”

Oboy Siki emphasized that “so what they have done is below the belt … it’s a planned thing. Ghanaians shouldn’t take it as marriage. I know how marriages are organized … this is not proper marriage”. Hear more from him in the video below.

The Ghanaian actress tied the knot with Frank Badu at a ceremony held last week in Kumasi. Since then, the couple has become the hottest topic on the Internet, as news of their marriage surprised many social media users.

Before their union, Tracey has been known for dating her infamous ‘papano’, who remains unknown. It has also been disclosed that Tracey’s new husband, Frank Badu, is a former Kumawood actor who once dated actress Vivian Jill.

At the back of these reports, some social media users have been speaking against their marriage, but the couple is reminding their naysayers that they will be doing this for better or for worse and until death do them apart.