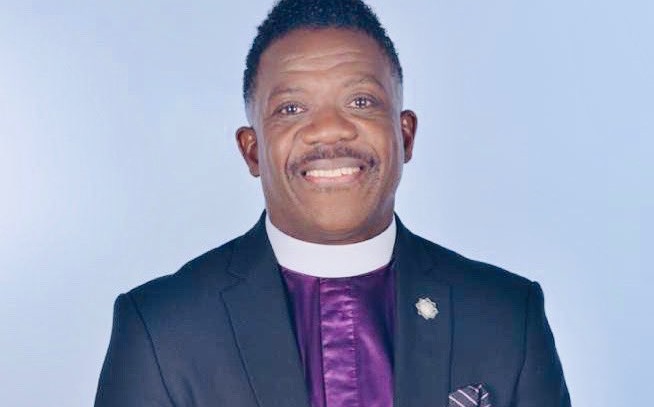 Bishop Benjamin Dube is a chart-topping, award-winning minister, singer, songwriter, multi-instrumentalist, and music producer. He has mentored hundreds of musicians in his homeland and is regarded as one of his country’s most significant recording artists in religious music.

He rose to fame in the early 80s, and has over the years released several albums which have reached gold and platinum status in the South African music rankings.

Also joining the celebrations on the day are the evergreen Daughters of Glorious Jesus and Minister Joe Mettle.

For 50 years, contemporary Christian music group Joyful Way Incorporated has blessed many with their songs in the country and beyond.

Since it was founded in 1972, the group has gone on to release 15 albums, with over 120 songs recorded on these albums.

Their songs such as Wahenni, Guanhwefo, Barima Yesu, to name a few have become household praise and worship songs in nearly every church in Ghana and in some beyond the shores of the country.

The ‘Jubilee Concert’ slated for the 3rd September, 2022 is scheduled to start at 6pm at the Forecourt of the Statehouse, Accra. And it is absolutely free!! 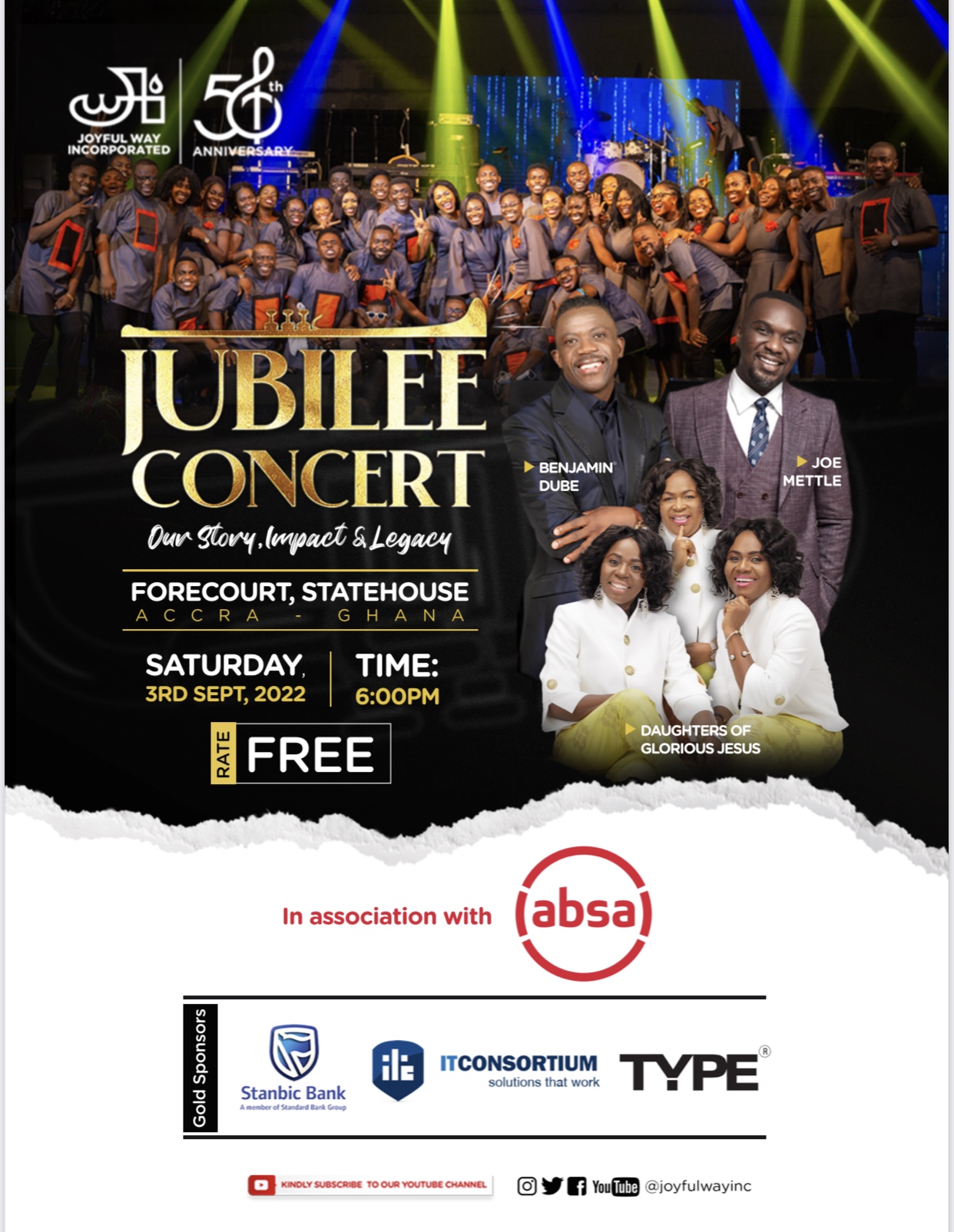 The concert is being organized in association with Absa Bank, bringing possibilities to life.

On that night, Joyful Way Incorporated would be launching their 16th Album dubbed Golden Jubilee Anthology.

The album has 24 songs listed and is made up of modernized renditions and mashups of the many wonderful songs this amazing gospel music group has blessed us with over the 50 years of its existence.

There are new inspiring songs also listed on the album. The album is heralded by the group’s release of their latest single titled “Jubilee Praise Jam”, one of the new songs from the Golden Jubilee Anthology album.