by Kweku Sekyi
in News, Videos
Reading Time: 3 mins read
A A
0 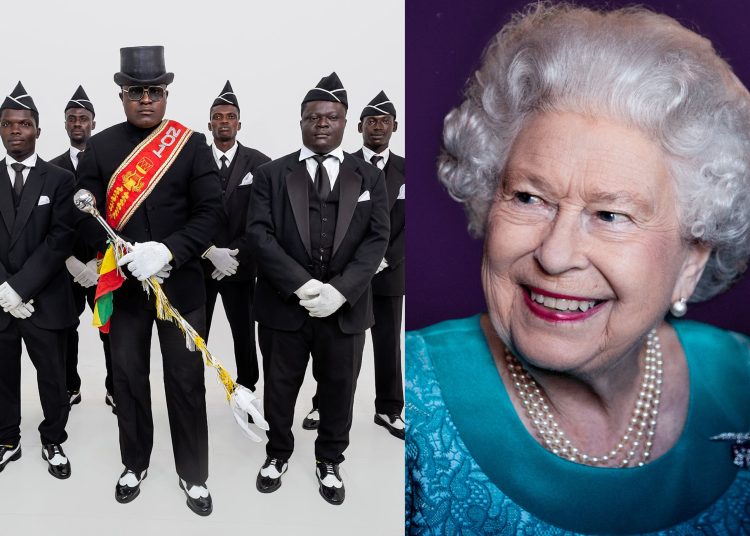 Ghanaians living in London in the United Kingdom are mourning the death of Queen Elizabeth III in grand style.

While the late monarch was being laid to rest at Windsor Castle, some Ghanaians in Tottenham were also organizing a Ghanaian version of the funeral at Cornell.

A video shared by one of the organisers of the funeral has since gone viral. The Ghanaians wore black and red and had an ensemble of musicians preparing to provide the attendees with some comforting music.

A member of the organising group invited other Ghanaians in the UK to join them to celebrate the late queen.

“We are inviting all Ghanaians to Cornell as we honour the queen and also mourn with the family, while we wish the royal family all the best,” she said.