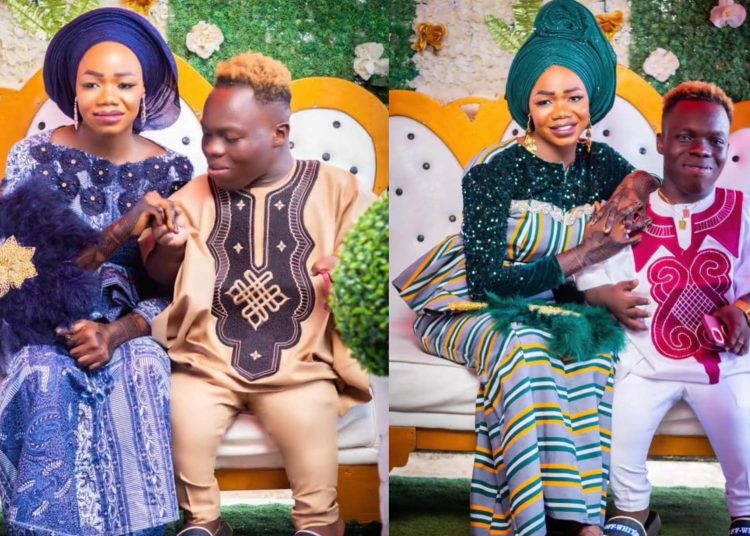 Socialite Shatta Bandle tied the nuptial knot on Saturday, September 17, 2022, days after reports of him fathering a newborn baby.

The diminutive social sensation, who touts himself as a billionaire, got married to his babymama with whom he has gone through thick and thin.

According to reports, they have two kids so far, and they are in the best place of their life as a couple.

They have, therefore, decided to seal their relationship with the marriage ceremony which was held in Tamale, in the Northern Region.

It was attended by friends and family. Photos from the occasion have since been circulating on social media.

Shatta Bandle was captured wearing a white Kaftan with gold designs, sitting next to his wife at the ceremony.