by Kwame Dadzie
in News
Reading Time: 5 mins read
A A
0 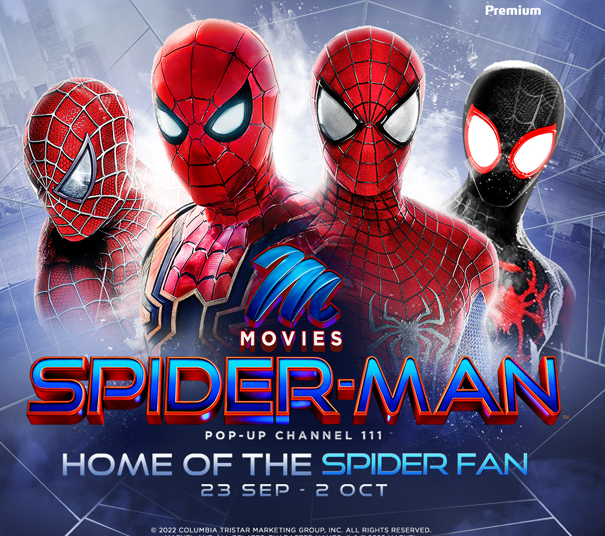 The pop-up movie channel on DStv (MNET 111) will run over the course of 10 days.

To celebrate Spider-Man’s 60th Anniversary, M-Net Movies will be showing all nine Spider-Man movies from Sony Pictures over the course of 10 days, from Friday 23 September – Sunday 2 October on a dedicated pop-up movie channel (DStv 111), streaming on DStv Now and dangling around on DStv Catch Up. The Spider-Man Pop-Up channel 111 will be available to Premium customers.

Since his debut as a sidekick in Stan Lee and Steve Ditko’s Amazing Fantasy #15 anthology comic book in August 1962, Peter Parker has grown from nerdy high school student to troubled college student and from married high school teacher to single freelance photographer – but his mantra that with great power, comes great responsibility has been a constant as he’s used his web-shooters and ‘Spidey senses’ to save the day for six decades.

As a refresher, here’s more info on the nine blockbusters that can be watched on the Spider-Man Pop-Up (channel 111):

Average teenager Peter Parker (Tobey Maguire) is transformed into an extraordinary Super Hero after he is accidentally bitten by a radioactive spider. When his beloved uncle is savagely murdered during a robbery, young Peter vows to use his powers to avenge his death. Deeming himself “Spider-Man,” he sets about ridding the streets of crime, bringing him into conflict with malevolent super-villain “Green Goblin.” The film was directed by Sam Raimi with a screenplay by David Koepp, based on the Marvel Comic Book by Stan Lee and Steve Ditko.

Based on the classic Marvel Comics hero, Tobey Maguire returns as the mild-mannered Peter Parker, who is juggling the delicate balance of his dual life as a college student and a superhuman crime fighter. Peter’s life becomes even more complicated when he confronts a new nemesis, the brilliant Otto Octavius (Alfred Molina) who has been reincarnated as the maniacal and multi-tentacled ‘Doc Ock’. When Doc Ockkidnaps MJ (Kirsten Dunst), Spider-Man must swing back into action as the adventure reaches new heights of unprecedented excitement. The film was directed by Sam Raimi with a screen story by Alfred Gough & Miles Millar and Michael Chabon and a screenplay by Alvin Sargent, based on the Marvel Comic Book by Stan Lee and Steve Ditko.

Peter Parker (Tobey Maguire) finally has the girl of his dreams, Mary Jane Watson (Kirsten Dunst) and New York City is in the throes of Spider-mania! But when a strange alien symbiote turns Spider-Man’s suit black, his darkest demons come to light, changing Spider-Man inside as well as out. Spider-Man is in for the fight of his life against a lethal mix of villains – the deadly Sandman (Thomas Haden Church), Venom (Topher Grace) and the New Goblin (James Franco) – as well as the enemy within himself. The film was directed by Sam Raimi, with a screen story by Sam Raimi & Ivan Raimi and a screenplay by Sam Raimi & Ivan Raimi and Alvin Sargent, based on the Marvel Comic Book by Stan Lee and Steve Ditko.

It’s great to be Spider-Man (Andrew Garfield). For Peter Parker, there’s no feeling quite like swinging between skyscrapers, embracing being the hero, and spending time with Gwen (Emma Stone). But being Spider-Man comes at a price: only Spider-Man can protect his fellow New Yorkers from the formidable villains that threaten the city. With the emergence of Electro (Jamie Foxx), Peter must confront a foe far more powerful than himself. And as his old friend, Harry Osborn (Dane DeHaan), returns, Peter comes to realize that all of his enemies have one thing in common: Oscorp. The film was directed by Marc Webb with a screen story by Alex Kurtzman & Roberto Orci & Jeff Pinkner and James Vanderbilt and a screenplay by Alex Kurtzman & Roberto Orci & Jeff Pinkner, based on the Marvel Comic Book by Stan Lee and Steve Ditko.

A young Peter Parker/Spider-Man (Tom Holland), who made his sensational debut in Captain America: Civil War, begins to navigate his newfound identity as the web-slinging Super Hero. Thrilled by his experience with the Avengers, Peter returns home, where he lives with his Aunt May (Marisa Tomei), under the watchful eye of his new mentor Tony Stark (Robert Downey Jr.). Peter tries to fall back into his normal daily routine – distracted by thoughts of proving himself to be more than just your friendly neighbourhood Spider-Man – but when the Vulture (Michael Keaton) emerges as a new villain, everything that Peter holds most important will be threatened. The film was directed by Jon Watts with a screen story by Jonathan Goldstein & John Francis Daley and a screenplay by Jonathan Goldstein & John Francis Daley and Jon Watts & Christopher Ford and Chris McKenna & Erik Sommers, based on the Marvel Comic Book by Stan Lee and Steve Ditko.

Following the events of Avengers: Endgame, Peter Parker (Tom Holland) returns in Spider-Man: Far From Home. Our friendly neighbourhood Super Hero decides to join his best friends Ned, MJ, and the rest of the gang on a European vacation. However, Peter’s plan to leave super heroics behind for a few weeks is quickly scrapped when he begrudgingly agrees to help Nick Fury (Samuel L. Jackson) uncover the mystery of several elemental creature attacks. Spider-Man and Mysterio (Jake Gyllenhaal) join forces to fight the havoc unleashed across the continent – but all is not as it seems. The film was directed by Jon Watts and written by Chris McKenna & Erik Sommers based, on the MARVEL Comic Book by Stan Lee and Steve Ditko.

Phil Lord and Christopher Miller, the creative minds behind The Lego Movie and 21 Jump Street, bring their unique talents to a fresh vision of a different Spider-Man Universe, with a ground-breaking visual style that’s the first of its kind. Spider-Man: Into the Spider-Verse introduces Brooklyn teen Miles Morales (Shameik Moore), and the limitless possibilities of the Spider-Verse, where more than one can wear the mask. Directed by Bob Persichetti, Peter Ramsey and Rodney Rothman, with a story by Phil Lord and screenplay by Phil Lord and Rodney Rothman, based on the Marvel Comics.

For the first time in the cinematic history of Spider-Man, our friendly neighbourhood hero’s identity is revealed, bringing his superhero responsibilities into conflict with his normal life and putting those he cares about, most at risk. When he enlists Doctor Strange’s help to restore his secret, the spell tears a hole in their world, releasing the most powerful villains who’ve ever fought a Spider-Man in any universe. Now, Peter will have to overcome his greatest challenge yet, which will not only forever alter his own future but the future of the Multiverse. The film broke records worldwide becoming the sixth highest grossing film of all-time globally, making $1.9 billion at the box office. Directed by Jon Watts, the film was written by Chris McKenna & Erik Sommers, based on the MARVEL Comic Book by Stan Lee and Steve Ditko. 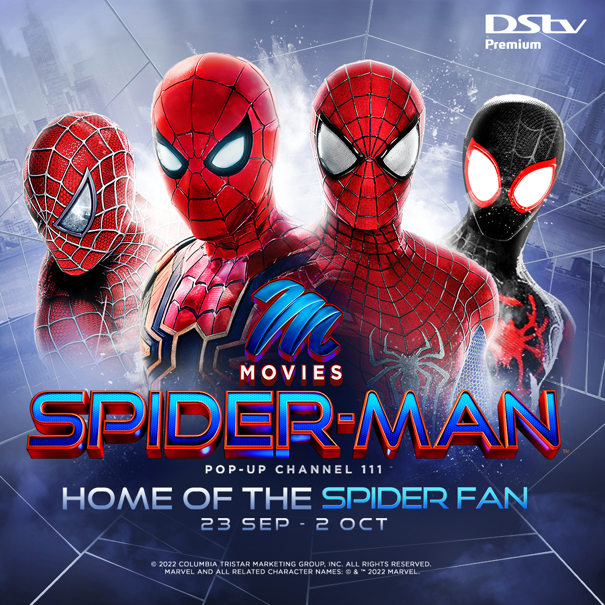