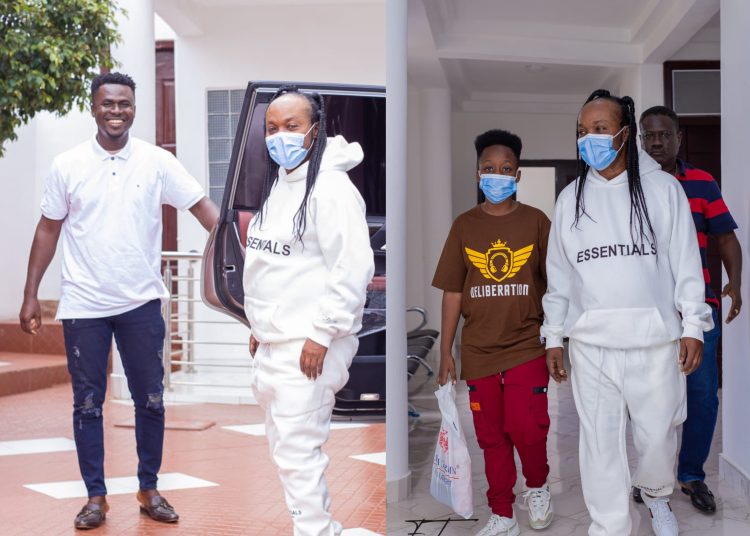 Daady Lumba has paid a special visit to his Accra-based radio station, DLFM.

A new video that has been spotted on his YouTube page shows how Daddy Lumba and his son were welcomed into the studios of the FM station by the manager, who introduced to the staff.

On September 7, 2022, the singer announced the opening of his own radio station, DLFM.

The station, according to sources, is located at East Legon in Accra.

The singer made the announcement on Facebook, with photos of the newly opened studio and information about programming.

Born on the 29th of September 1964, Daddy Lumba, was the first Ghanaian solo artiste to be awarded Artist of the Year at the Ghana Music Awards. He has released over 30 albums in a career spanning 3 decades.