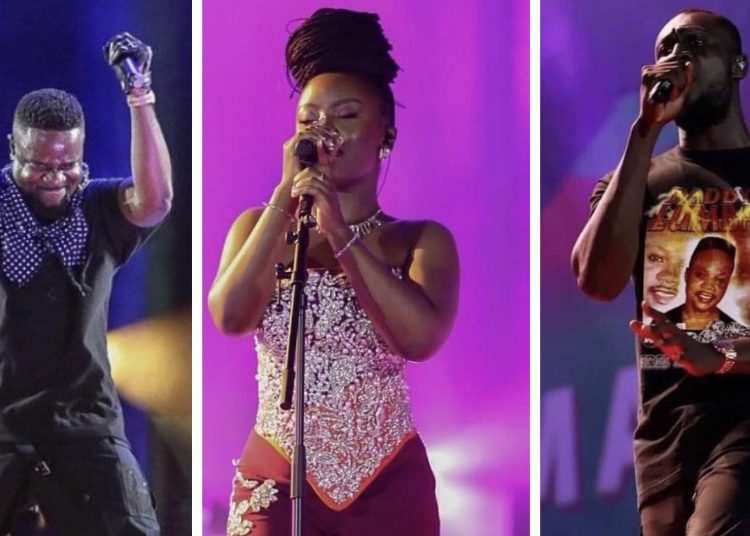 While some assumed the Ghanaian artistes that performed at the recently held Global Citizen Festival may have cashed in big for their performances, a new report suggests otherwise.

Kojo Poku, the Chief Executive Officer of Big Ideaz Consult, a local partner of the Global Citizen Festival (Accra) has disclosed that none of the artistes who appeared on stage was paid a performance fee.

Kojo Poku said in an interview with Giovanni Caleb on 3FM, in tandem with the organisation’s mandate, that the artistes decided to support a benevolent cause.

“I have to say that no artist was paid a performance fee for this. Everyone who mounted the stage did so out of the benevolence of their heart and the Global Citizen cause is bigger than how much you’ll make out of a performance on that stage,” he said.

Speaking about what informed their choice of artistes for the festival, Kojo Poku they gave their recommendation on who they thought fit what they were looking.

“…but the final decision as to who will mount the stage was up to the Global Citizen talent team to decide and choose. A lot of names were mentioned. A lot of artists were sent to them and they made their choice based on several criteria.

What we must understand is that Global Citizen is an NGO and so an NGO, they look out for certain things. Your energy must match their energy. Your outlook out there must be very positive and must reflect what they stand for. If it’s an NGO that supports a certain kind of course and you the artist are against such a cause, it would be improper for them to put you on their stage,” he said.

Ghanaian artistes Sarkodie, Stonebwoy, Gyakie, Yaw Tog, and Kwesi Arthur put up spectacular performances at the Global Citizen Festival which was held on Saturday, September 24, 2022, at the Black Star Square in Accra.

There were also performance by SZA, Stormzy, Usher, Pheelz, Oxlade and Tiwa Savage.