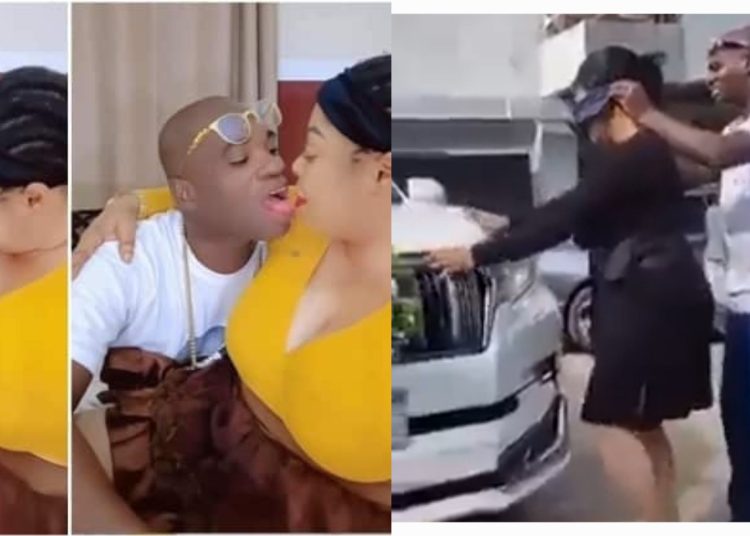 Kwame Fordjour aka Dr. UN and Joyce Dzidzor Mensah have taken social media by storm after announcing that they were dating.

The controversial couple, who shared footage from a wedding photoshoot they had over the weekend, have also shared a video of them kissing in a room.

In a new video, Joyce Dzidzor, kissed her new ‘boo’ passionately after he surprised her with a new and decorated 4-wheel-drive vehicle.

According to Dr. UN, the car is an award to the former HIV-AIDS national ambassador, who had been living in Germany for the past three years.