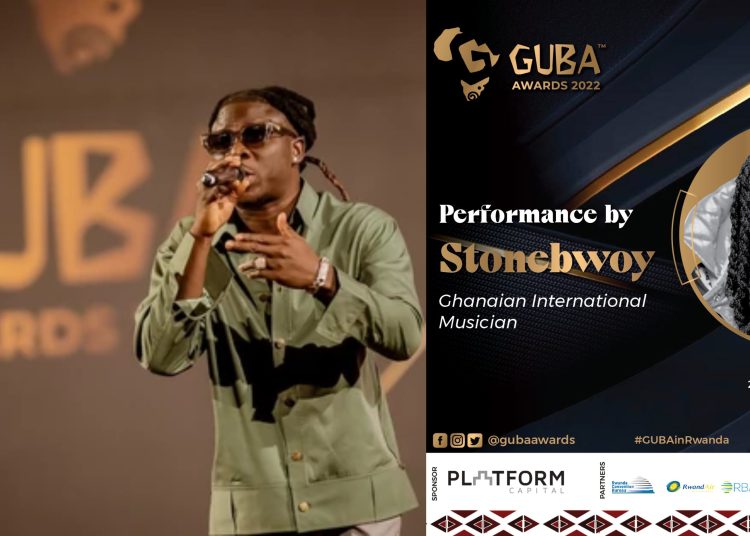 The musician, who won the hearts of the many at the recent Global Citizen Festival 2022, electrified entrepreneurs who were seated at the Intare Conference Arena to support the continental initiative of promoting pan-African innovation in the diaspora.

Present at the occasion were many dignitaries including the Chief Executive Officer (CEO) of the Recording Academy, organisers of Grammy Awards, Harvey Mason Jnr.

The Def Jam signed artistes, Stonebwoy, thrilled many who attended the global event with many of his top songs such Therapy, La Gba Gbe, Strength and Hope, among others.

GUBA Awards seeks to reward the innovation of African individuals and organisations in the diaspora and Africa, working towards advancement of the community.