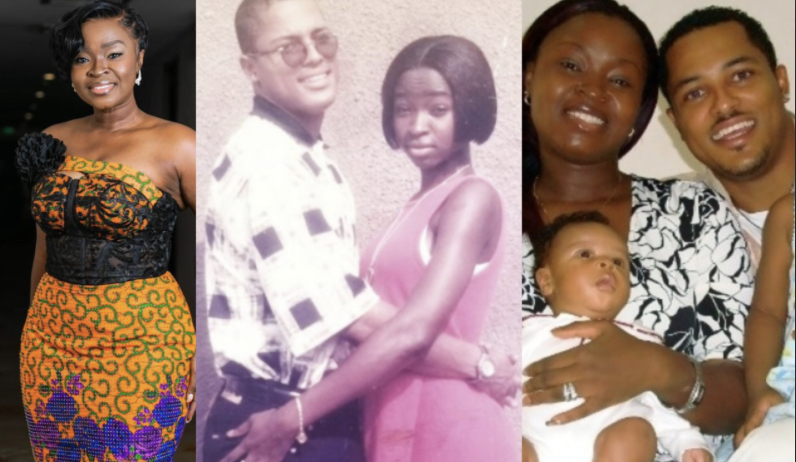 The couple, who began as high school sweethearts, have been together for the past 28 years and have three daughters since their wedding in 2003.

Vicker in the video shared happily sang the song amid showing some cute photos of his wife to the camera from a different phone as an indication that he loves his wife even though she was not around him.

Captioning his post, he wrote; Today is my 19th wedding anniversary. Do wish me congratulations by liking, sharing, dueting & or stiching cos y’all know 28yrs of love and friendship is not chicken change, hahahahah. ‘Flying Without Wings’ is OUR song, I want to re-enact 16th Oct, 2003. #vanvicker #wedding #anniversary #relationship #loyalty #life #marriage #19 #m#usic #westlife #flyingwithoutwings #vanvictox #loyalty

They met while they were both students in Cape Coast, Van Vicker in Mfantsipim School and Adjoa, Aggrey Memorial AME Zion Secondary School.