by Kweku Sekyi
in Celebrity News, Videos
Reading Time: 2 mins read
A A
0 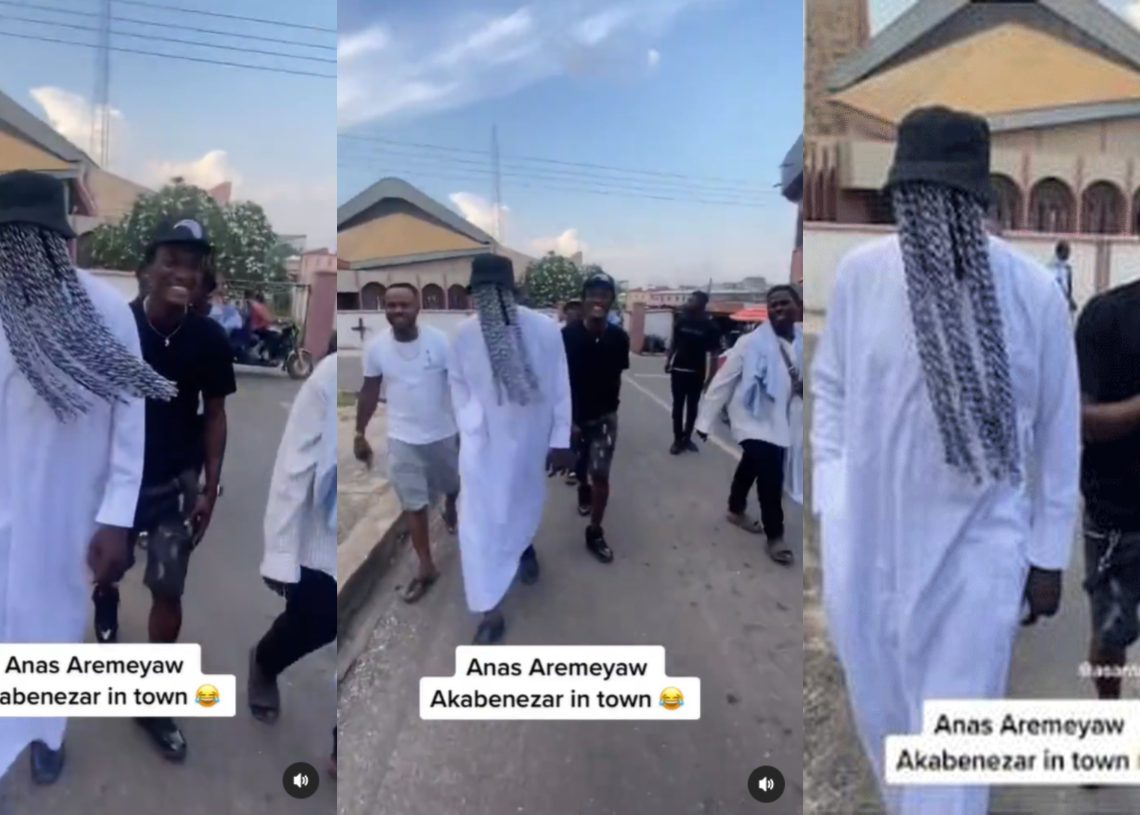 Kumawood actor, Dr. Likee, is definitely an expert when it comes to skit making.

In a new video, Likee stormed the streets of Kumasi, all covered from hair to toe. He had a veil on his face and had a bucket cap on.

The comedian was dressed like Undercover Journalist Anas Aremeyaw Anas, who recently made headlines after premiering an exposé titled “Galamsey Economy.”

While the investigative film had little to do with illegal mining, it led to the dismissal of the Deputy Finance Minister, Charles Adu-Boahen, who was filmed negotiating a corrupt deal with the name of the Vice President Dr. Mahamudu Bawumia.