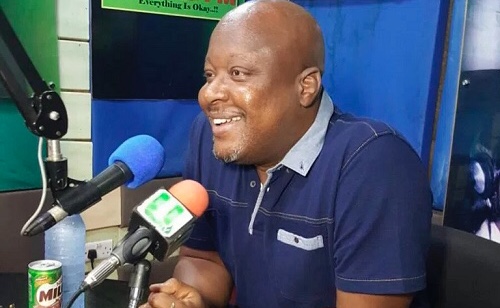 Celebrated Ghanaian media personality, Kwame Sefa- Kayi has charged his colleagues in the industry to eschew tribal sentiments, owing to the power they wield in the space.

Chairman General as widely called ,speaking in an interview on Empire FM in Takoradi with Feeling Daddy, responded to blacklash to a comment President Akufo-Addo made on his show which many felt was disrespectful to the Paramount chief of Aflao , Torgbui Adzonu-Gaga.

Some people thought his composure  betrayed his Voltarian allegiance.

“So because I am Voltarian and somebody makes a comment ,the person is the president of the republic I should take him on , so what if he was an Akan chief ? He quizzed.

He further added, “let us look at things beyond tribe, let us stop fanning tribalism it is a very dangerous thing.”

“For those of us who sit on radio, television, who shape public opinion we should not do things because of tribal sentiment it is very dangerous”, he said.

He rather urged his critics to criticize him on professional standards and not on tribal basis which he described as needless.