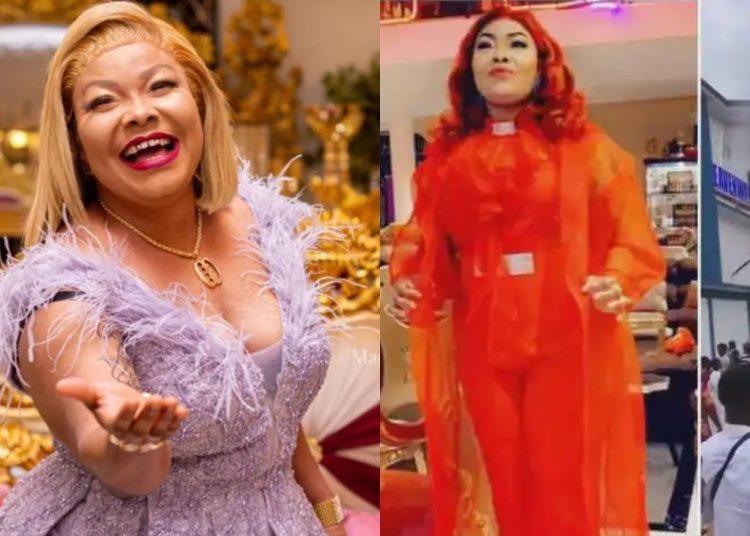 Patricia Asiedu aka Nana Agradaa is inviting Ghanaians to her church on Sunday November 27, 2022.

Nana Agradaa, who was put behind bars last month for allegedly defrauding her church members, has finally been granted bail.

The controversial evangelist wants people to join her congregation for a special service to celebrate her release from cells.

“Thank you all for love and support and prayers God bless you God is God all the time and will be live on Sunday at church let meet ????????”.

A TikTok user by name Akua MP has gave a vivid account of what transpired over the during the all-night service held at the Heaven Way Church in Weija, Accra, where members claim they were scammed by Evangelist Patricia Oduro, aka Agradaa.

The church programme which started in the evening of Friday October 8, ended in the morning of Saturday October 9.

Members captured in videos trending on social media say that Agradaa claimed during her evangelism program on her own TV station (TTV) that she would double any amount of money they send to her church.

After taking their money, Akua MP disclosed that Agradaa, did not double the money as promised and also refused to give back the money she received.

According to other aggrieved members, she (Agradaa), realising that many of her victims were still loitering around the premises of the church after the service, offered to give some of them GHS10 for them to use for transportation back home.