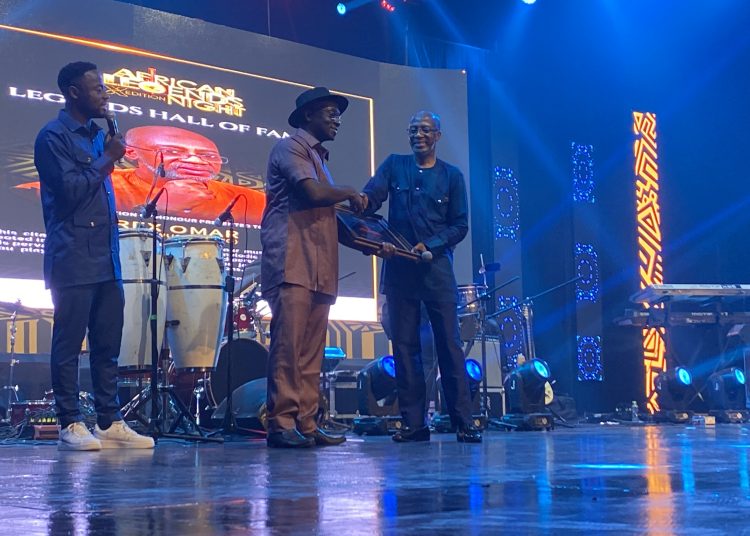 Rex Omar, has been inducted into the Music Legends Hall of Fame at the 10th edition of the African Legends Night, held at the Accra International Conference Centre (AICC).

The veteran highlife singer and former board chairman for the Ghana Music Rights Organisation (GHAMRO) was presented with a special citation in recognition of his contribution to the development of Ghana’s music industry.

Rex Omar, after a thrilling performance, expressed gratitude to the organizers, Global Media Alliance, and thanked his fans for supporting him throughout his career which spans over 3 decades.

Other artists who received similar honours on the night were Samini and Amakye Dede.

Music legends such as Freddy Meiway, Femi Kuti, George Darko, Ofie, Ben Brako, Hugh Masakela and Yvonne Chaka Chaka have made it into the Hall of Fame.

In the last edition, Kojo Antwi, Samini and Daddy Lumba joined the living legends of the African Legends Night.