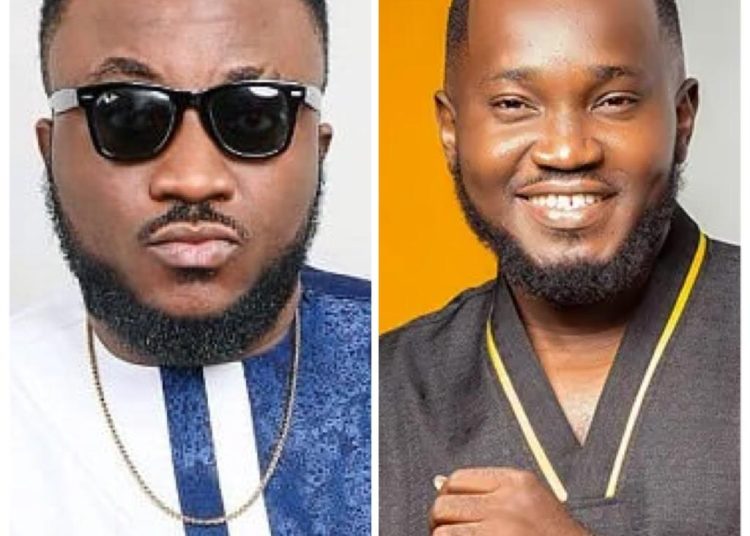 At the time when it seemed like the Comedy scene was suffocating after the era of legendary Ghanaian stand-up ace comedians Kweku Sintim Misa better known as KSM, and Fritz Baffour, DKB together with Funny Face and David Oscar rescued it.

But unfortunately , 4 years after helping the comedy scene to regain its lost glory, the current crop of comedians have failed to feature DKB on their shows.

Over a year now, Ghanaweekend.com has observed that all the stand-up comedy shows that are being organized or headlined by these comedians are without DKB.

To augment the argument, in December 2021, OB Amponsah organized his first show dubbed “Popular but broke “ .

Per Ghanaweekend.com’s checks, even though DKB was initially on the bill and alleged to be the one who aided OB Amponsah into luring Fritz Balfour and Master Richard on the show, his name was eventually omitted from the bill without any explanation.

On 30th September,2022, Lekzy DeComic also organized his show dubbed “Too cute to be mute”. The publicized comedy show which took place at the National Theatre and featured Samuel Kenya, OB Amponsah, Funny Face , Clemento Suarez and General Ntatia again was without DKB.

The most astonishing aspect of the whole scenario was how Funny Face, who had come out from the psychiatric hospital after threatening to kill his wife and two Children, was billed at the expense of DKB.

Many may argue that David Oscar was not also billed, but Oscar has found a new passion; Reggae Music.

At the time of filing this report, two comedy shows which are going to be staged during this year’s Christmas holidays are without DKB. These shows are being headlined by OB Amponsah and Clementino Suarez.

After all these omissions ,the only question that seems evident to be asked is: Is DKB being Sabotaged?

If yes, then the answer can easily be deduced from the interview OB Amponsah granted Nana Ama Mcbrown on her ‘United Showbiz’ show on Saturday, December 10 ,2022 on UTV – regarding his upcoming show.

During the interview, OB Amponsah while answering a question on why he didn’t billed DKB on the show, ludicrously said:

“It’s because DKB will overshadow me…I would end up replicating his jokes …meaning, I wouldn’t be able to feed my fans with a new joke”.

Prior to OB Amponsah’s interview, Ghanaweedend.com had gathered that certain big names in the industry together with the former have allegedly vowed to ‘impair’ DKB’s career over a reason we are all yet to know!

The interview also prevented us from contacting him to ascertain whether he was really sabotaging the celebrated comedian.