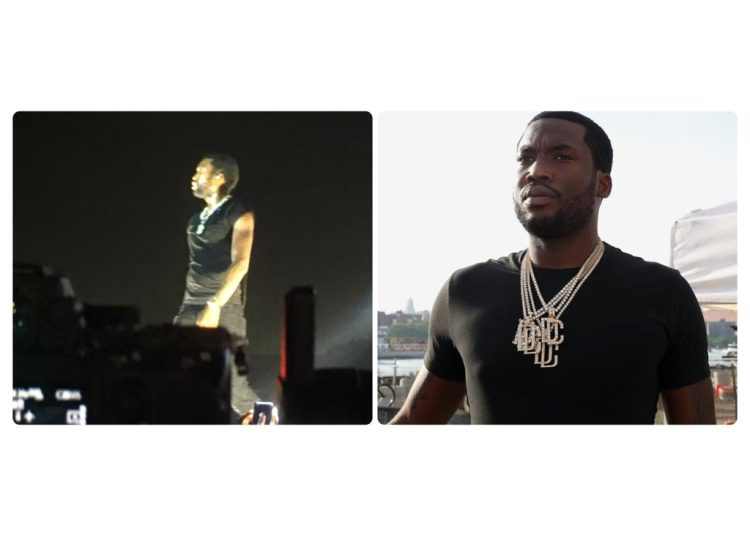 Celebrated American rapper, Meek Mill had what may seem like the most disparaging moment in his life when he was about to mount the stage to perform at this year’s Afro Nation concert in Ghana.

The rapper, after he had arrived at the venue of the concert, Marine Drive of the Black Stars Square in Accra,  was captured in the midst of a large number of street boys who swamped him with their motorbikes and allegedly stole his Mobile Phone.

“They pickpocketed me for my phone SMH .Bring that Jawn back if you got it!” He alleged on his Instagram at about 1 am on December 30,2022.

While others have commiserate with him for being met with such an ordeal, others too have castigated him for what they described as incautiously gelling with street boys who are noted for such crimes.

However, Ghanaweekend.com has sighted a viral video that seems to show how the famous American rapper’s phone was stolen.

In the video, the rapper, clad in white long sleeve with Black jeans, is seen being swamped by the street boys after arriving at the venue.

Check the video below