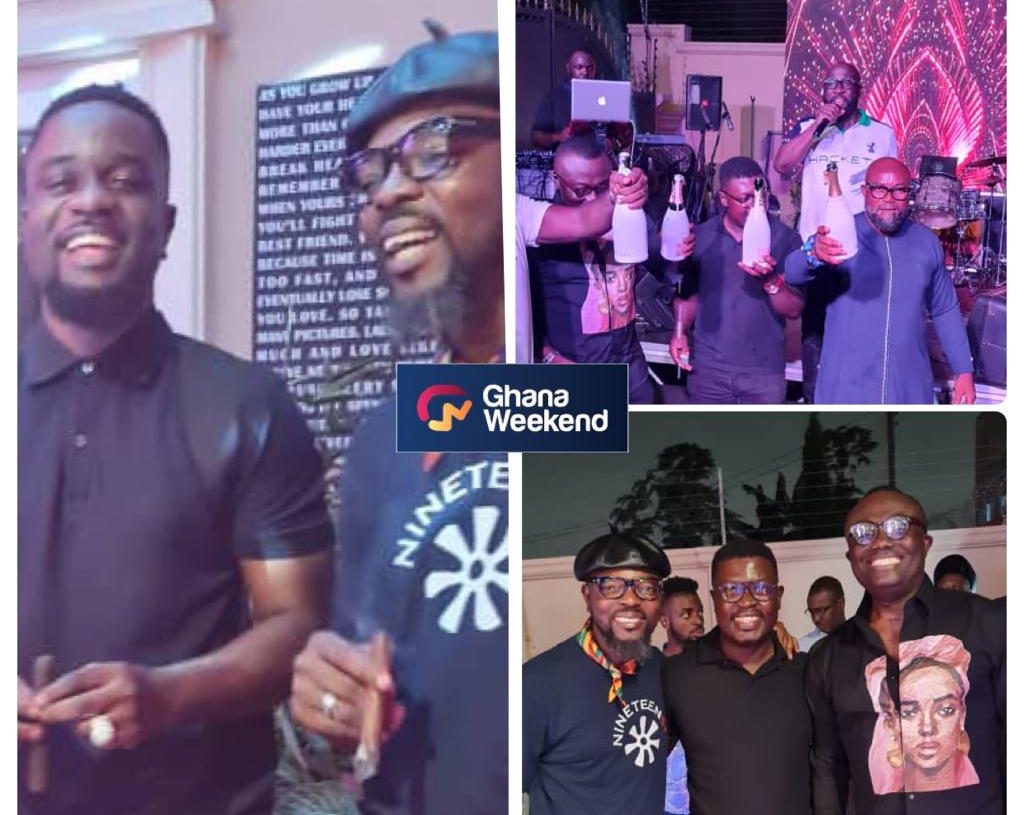 Renowned broadcaster and Fashionista, Kofi Okyere Darko popularly known as KOD has climaxed the celebration of his birthday with a star-studded party.

The plush birthday party, held at his residence on Saturday, January 14,2023, brought together most of the celebrated music stars, media personalities, movie stars and business moguls such as  Bola Ray, Citi fm/tv’s AJ Sarpong, Citi fm/tv’s Frema Adunyame, MacDan, Sarkodie, Juliet Ibrahim and among others.

Patrons of the event were indeed given a memorable experience of a lifetime. They were treated to some good music amidst drinks,  grills and buffet

Aidoo, a retired Deputy Director of the Ghana Prisons service, and Mrs. Margaret Aidoo, one of the founding members of the 31st December Women’s movement.

The media expert, fashion designer and the Chief Executive officer (CEO) of Clothing line ‘Nineteen 57’ had his Elementary education at Winneba.

He gained admission to Nifa Secondary School at Adukurom but prior to that he studied at Harvard College and later studied at the Ghana Institute of Journalism (GIJ).

He first worked as a production assistant for a TV show on GBC for a short period and later joined then budding and vibrant Radio Gold where he currently works at.

He left the shores of Ghana to England to seek greener pastures and explore other opportunities. He

initially aspired to be a model but unfortunately got hired as a security person and was only posted to fashion houses like Ted Baker and Paul Smith .

The manager of one of such duty posts spotted his sharpness in his outfit and urged him to quit his job as a security guard and apply there as a salesperson, he quickly applied for the position and was successful.

Coincidentally, the celebrated media personality celebrates his birthday on the same day with his sister- in – law Velma and the wife of ace investigative journalist Raymond Archer who happens to be KOD’s best man during his luxurious wedding.

He is married to fashion designer, Ophelia Crossland and are blessed with four adorable daughters.