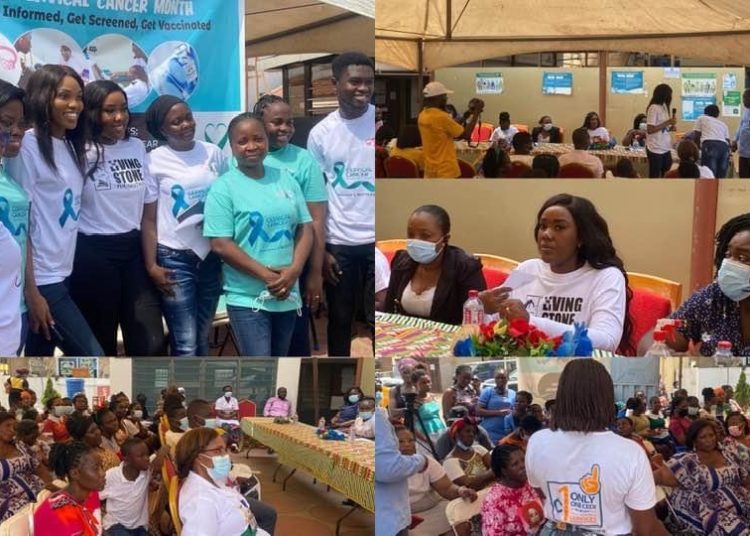 In commemoration of this year’s World Cervical Cancer Awareness Month, the Livingstone Foundation has organised a free health screening exercise at Labadi in the La Dade Kotopon Municipality of the Greater Accra Region.

She said the exercise, which was held in partnership with the La Polyclinic, forms part of humanitarian programmes by the organization to support women and other vulnerable groups in various communities across the country.

The exercise, held on Monday, January 16, 2023 attracted over 300 women from Labadi and other nearby communities.

According to Dr. Satekla, cervical cancer is one of the most common types of cancer globally and one of the leading causes of death among women.

However, as many as 93% of cervical cancers could be prevented by early screening and HPV (human papillomavirus) vaccination.

The Livingstone Foundation is the brainchild of Ghanaian singer and 2015 Vodafone Ghana Music Awards (VGMA) Artist of the Year, Livingstone Etse Satekla aka Stonebwoy.