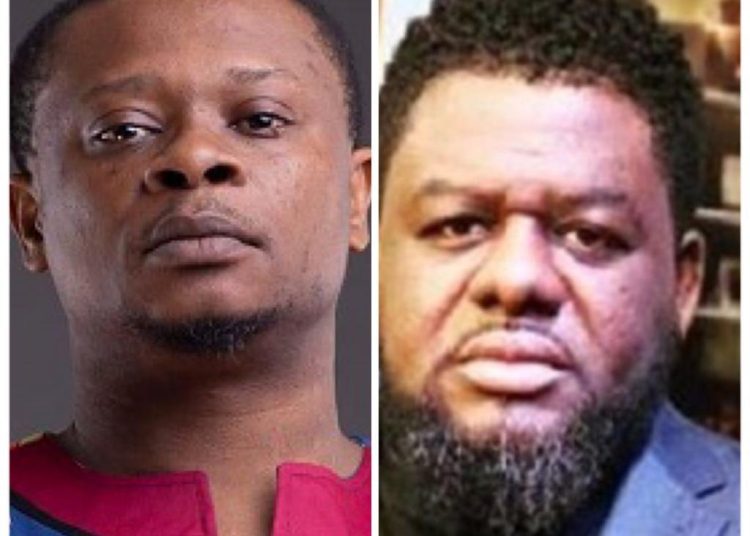 Popular Ghanaian music producer, Appietus has vowed to deal with Bullhaus Entertainment Owner Bulldog for threatening to sue him.

Appietus in an interview on Citi TV’s ‘Upside Down’ show on Sunday, January 15,2023, made a feral revelation that he started earning dollars after a white man put his songs on digital platforms following an agreement.

According to Appietus, he started receiving a huge sum of money a few months after uploading the songs on the digital stores.

The legendary music producer’s revelation inflamed Bulldog. In a Facebook post sighted by Ghanaweekend.com, the outspoken artiste manager threatened to sue the music producer for allegedly feeding his family and himself for 10 years with defunct group 5Five’s songs he (Bulldog) executive produced.

“Appietus, you will pay for every Dollar you collected off my investments and you will pay with interest..You have been feeding your family and yourself with our investments for 10 years by selling 5Five songs – executive produced and promoted by Bullhaus Entertainment on digital platforms globally without our permission – Get ready -Time to pay up. You will hear from our counsellors”. Bulldog alleged

Reacting to Bulldog’s allegations, Appietus, in an interview with Ghanaweekend.com vowed to deal with the popular artiste manager for accusing him wrongly.

The legendary music producer affirmed that he uploaded the songs on an online store because 5Five never paid him after recording the songs for them in 2010.

He questioned why Bulldog, who is claiming to be the executive producer, would wait all these while before coming out to claim ownership of the songs, “if he truly paid for them”. The much disdained Appietus, labelled Bulldog a fool:

“If Bulldog is saying he invested in those songs why didn’t he know the songs were being sold online? If Bulldog is now saying this after all these years then he is the biggest fool… Why would you sit and watch some sell your property all these years without knowing… I will deal with him”

Overly fumed, Appietus vowed,”I didn’t upload Ofori Amponsah and Lumba’s songs because they paid… Bulldog should make sure he has evidence because what I will do to him… I am not like Akufo-Addo who he can insult and go scot free”.