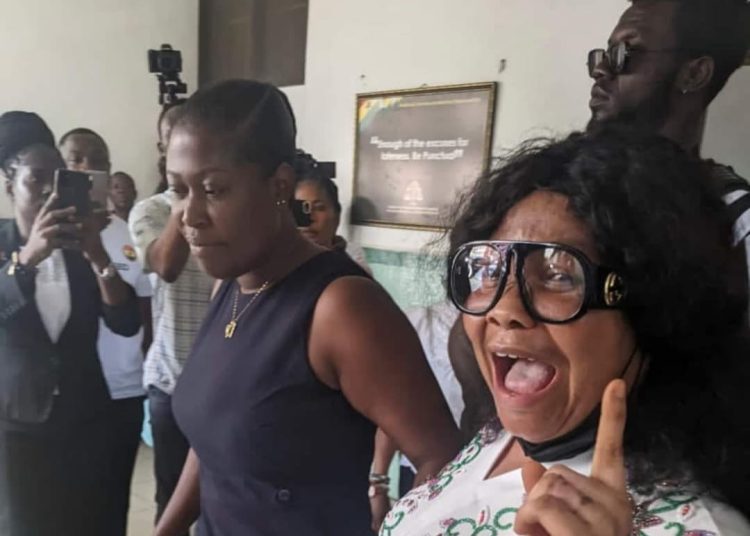 It has emerged that Lawyer Theophilus Donkor, head of the legal team for controversial evangelist, Patricia Asieduaa Koranteng, is currently fighting a new case for allegedly insulting officers of the Ghana Police Service.

According to the prosecution, Lawyer Theophilus Donkor, rained insults on a female police officer and used abusive words such as “you are an idiot, stupid police woman, you did not know your left from right” among others.

The lawyer has been slapped with counts of assault on a public officer and offensive conduct conducive to breaches of the peace.

His plea, was however, reserved by the court, presided over by Rosemond Baah Tosu when he was arraigned Thursday (Jan 19, 2023).

This is because, the lawyer has filed a motion challenging the authority of the police that arrested him.

He is arguing that personnel from the Cantonments Police Station, who arrested him, did not have the authority to arrest him because the incident happened at the Accra Metropolitan Assembly, a jurisdiction outside the operations of the Cantonments police division.

Police sources have confirmed that the Founder of Heaven Way Champion International Ministry, Patricia Asieduaa Koranteng, was re-arrested at the forecourt of the Accra Circuit Court by

Information available indicate that the arrest was connected to a feud she had with a pastor by the name of Appiah Biblical.

Agradaa is currently on trial in two circuit courts in Accra on charges of defrauding by false pretenses and charlatanic media advertisement.