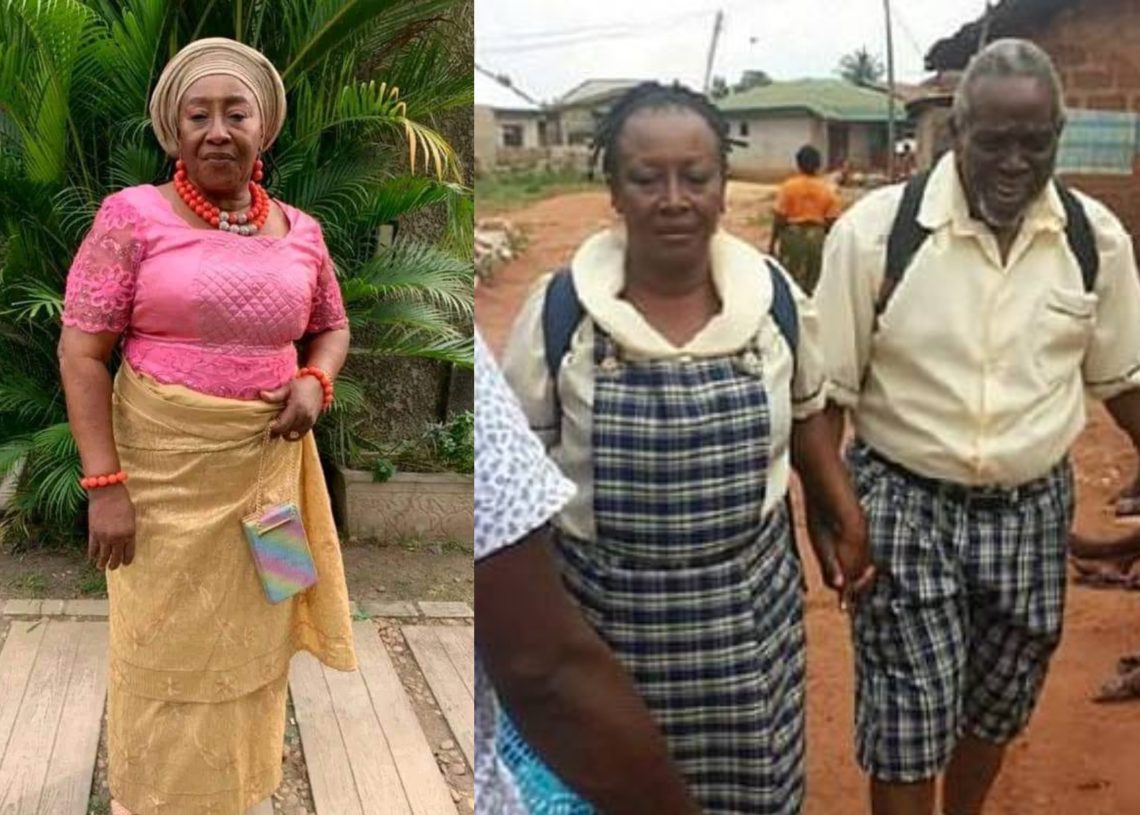 Patience Ozokwor, says no amount of cheating will make her leave her marriage.

The Nollywood actress says she considers her union with her husband as sacred and permanent, and thus will not permit another person to cause division in her home.

Speaking on colleague actress Mercy Johnson’s Youtube cooking show, “Mercy’s Menu,” Mrs. Ozorkwor noted that it is better to stay in your marriage to fix the mess than to let the second woman, whom she described as a “visitor,” take over completely.

“Me, I’m not going to leave my house for anybody; you are the visitor that came in. Find your way out,” she is quoted by Pulse Ghana on whether she will leave her man because of infidelity.

“I will so hold my family, so polish it and sweep out all the debts, and then have a peaceful home again,” she added.

Taken aback by her unusual answers, the host, Mercy, again asked, “Even when the infidelity is constant?”

In response, the actress, who is known widely also as Mama G stressed, “If infidelity is constant, it is the one that is an infidel that should go out. I’m not leaving my house for anybody.”

“God is not against separation. What God doesn’t want is divorce. God is not saying we should not divorce because sometimes he does not know that we have violated—no,” she added.

The multiple award-winning filmmaker attributes her answers to her faith as a Christian, indicating that the religion doesn’t permit divorce.

According to her, she will only leave when her life is in danger.

“Coming from a Christian background, we are not allowed to divorce.

“If you pray and the man turns around to become something else, escape for dear life because it is only those who are alive that can tell the story. When you are dead, nobody can tell your story for you,” she noted.

Patience Ozokwor continued, “For me, marriage is forever till death do us part. That is the way I brought up my children. What we have today baffles me.”

“I feel for the children that they’re giving birth to because I don’t know how they would learn something better from their parents,” she stressed.

Watch the full show below;