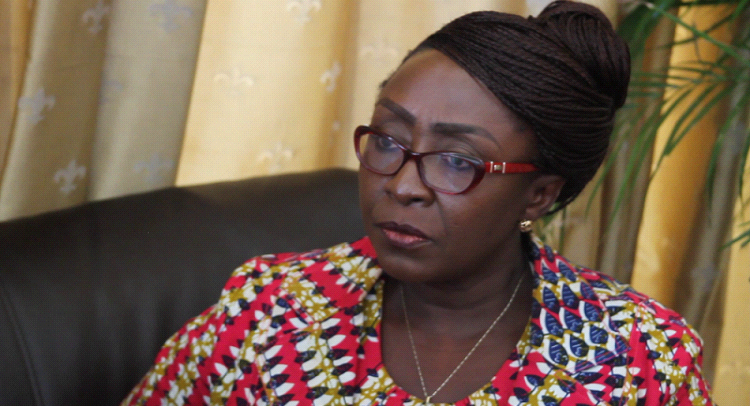 The former Deputy Minister of Tourism, Culture and Arts, Abla Dzifa Gomashie has said that the progress of the arts sector has delayed.

When asked about her assessment of Ghana’s Arts sector after 62 years of independence on Kasapa FM over the weekend, Dzifa said the progress of the industry has been slow but cannot be blamed on successive governments.

“Truth be told, the progress we were making when I was in active service has been delayed. We should have gone in leaps and bounds but what we need to promote the Arts sector is infrastructure both tangible and intangible,” she said.

The former actress added that the NDC government did a lot to push the creative arts sector even though the tourism sector overshadowed the former.

“We never had a Ministry for Creative Arts but because Tourism sector was already in existence, it overshadowed the Arts sector.

“During my tenure as the Deputy Tourism, Culture and Arts Minister, we were almost done with the legal framework where it gives the Ghana Civil Service the possibility to determine whether the Ministry of Tourism, Arts and Culture will need three different directors to help the deputy and the substantive Minister to see how best they can restructure the three domain especially the Arts sector which was already suffering.

The arts sector was formally merged with Education, Information, Commission on Culture and Chieftaincy ministry until in 2013 when former President John Mahama added it to the Tourism ministry.

“We never really had a home until the Ministry of Tourism, Arts and Culture was established by the Executive Instrument [EI 2013] by Ex-President John Dramani Mahama.”

According to her, they were at a point of engaging the industry players through the Cultural Forum when the NDC government was voted out of office.

Currently, the Creative Arts Bill is still in parliament awaiting assent, the creative arts fund has not been set yet, the regional theatres promised by the NPP government have also not been established.

At a time when Catherine Afeku has been moved from the Ministry of Tourism, Arts and Culture as minister, most stakeholders of the arts are eagerly waiting to see what the new minister designate Barbara Oteng Gyasi has for the sector.