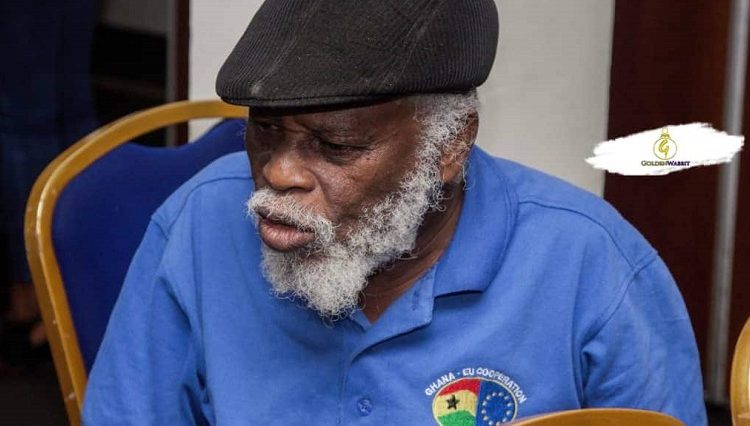 There have been countless debates about the true nationality of popular Nollywood actor, Emmanuel France.

But he has, in a recent interview with Zyolofon FM brought all these doubts to an end.

When asked by the host Sammy Flex to clear the air about whether he is a Nigerian or Ghanaian, he said, “I’m neither. I’m a Gold Coastian”.

He went ahead to tell a short history of Ghana from the days of Gold Coast, through Gana to current Ghana and why he chooses to be addressed as a Gold Coastian instead.

“Unfortunately we had the Gold Coast and Nkrumah renewed Gold Coast Ghana which is not an existing country since Nkrumah left. We had an empire called ‘Gana’, we had Guinea, we had Mali and Songhai, so I don’t know who suggested it, people said it was Danquah that okay let’s choose the name of an old empire to leave our country which could’ve been Gana but Nkrumah in his sagacity added ‘h’ and made it God Has Accepted Nkrumah Already”, he narrated.

He went ahead to give more historical facts about how Ghana derived its current name.

“So we have ‘Ghana’ instead of ‘Gana’ and many things went wrong and here we are. A new country formed by Nkrumah and at the podium, he declared, ‘The independence of Ghana will be meaningless unless it is linked with the total liberation of Africa so seek ye first the political kingdom that all other things might be added unto you,” he disclosed.

“You want to ask yourself as a modern young man what has been added unto you? And that declaration has caused so much bloodshed, so much death, it’s still on. Boko Haram is still on. Nearly every coup in Africa was sponsored by your Gold Coast money”, he added.

“He declared in many ways that there was no God and it has not augured well for Ghanaians. I’m not a Ghanaian”, he continued.

Emmanuel France is known for roles in movies such as ‘The Fisherman’, ‘Oganigwe’, ‘No Time to Die’ and ‘Amina.’