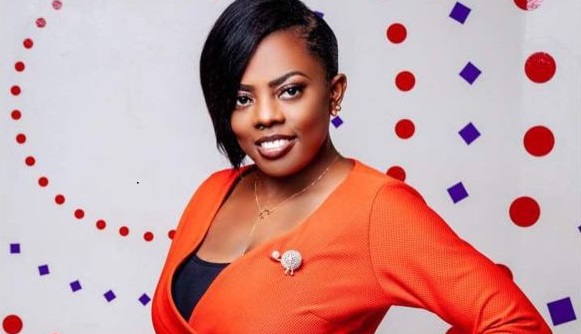 The Acting General Manager of Gh One television, Nana Aba Anamoah had responded to the ‘fake number plate’ brouhaha.

According to her, she personally reported to the police when she got to know via social media that the Range Rover that was gifted to her on her birthday was fake.

She said she had no knowledge of the number plate until the matter got on social media.

In an interview with Morning Starr host Francis Abban she said she immediately took steps to get the vehicle registered in her name.

“I was in the office with my friends loved ones and I received a message that there was a present out there. I went out with my friends and there was this black monster and I was happy and I went around it. I was happy for the gift just as I was with the numerous items I had received since morning from different people.

“Later on, I saw the conversations going and the claims people were making about the number plat but I wasn’t bothered. When I noticed the concerns about the number plate, I went to the police myself to file a report. The next day, I went to the regional CID officer and filed a witness statement that I had received a car with a fake number plate. I took it seriously. I don’t know how this number plate came on the car and the police are investigating. I received as a gift, I have nothing to do with it and I don’t even have that money to buy such a car,” she narrated.

Contrary to trolls on social media, she said she was happy the matter is being discussed.

”I’m personally happy to help the police address this issue but for the trolls, I can’t be bothered. I just hope young people will direct their energies into more productive things than bring each other down”.

There have been a lot of reactions from the general public since it was found out that the Range Rover gifted to Nana Aba bore the number plate of an already registered vehicle.

A statement from the Driver Vehicle and Licensing Authority (DVLA) confirmed the number was already allotted to a Nissan vehicle.