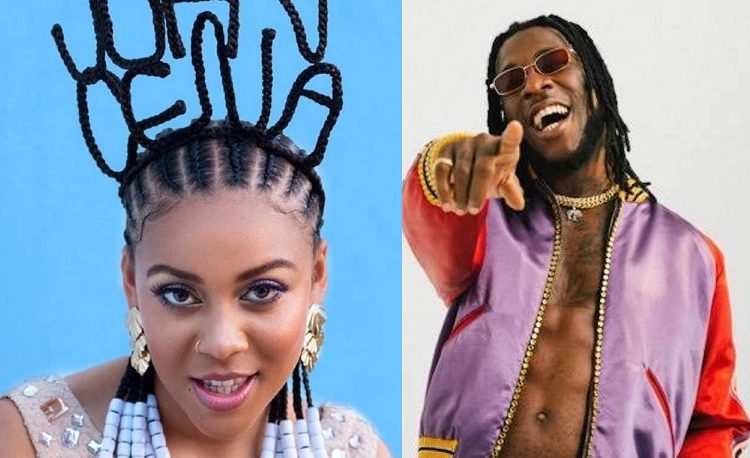 Fans of Burna Boy have called out Sho Madjozi for not congratulating their artiste on his BET award.

This comes on the back of a misunderstanding the two artistes had days before the awards night.

The South African artiste in a series of tweets came at Burna Boy on June 25 for the removal of ‘Own It Remix’.

Stormzy’ featured Burna Boy and Ed Sheeran on the original version of ‘Own It’ and last month, the remix was released on which Sho Madjozi was featured.

But the song was removed from the internet.

According to the ‘John Cena’ hitmaker, Burna Boy had the remix of the song taken down because he saw her as a threat to winning the category in which both were nominated.

Burna Boy replied the allegations saying: “Own It is NOT my song. If my voice is on it however it should have been properly cleared. If the remix wasn’t cleared with the label(Atlantic US)it automatically gets flagged. Nothing to do with me personally or any award. Always best to reach out professionally. Congrats on BET’s!”

However, the explanation did not stop her from adding more to her claims. 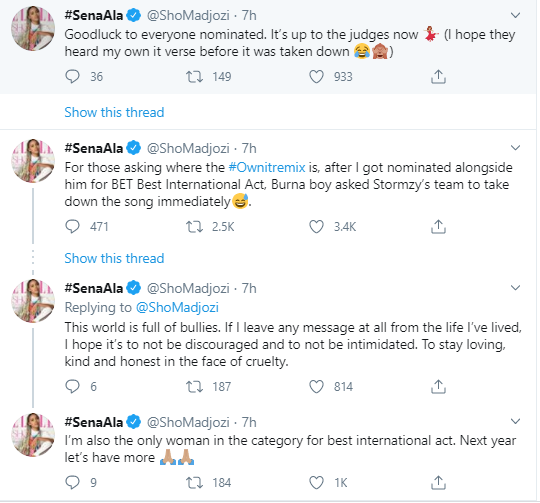 Last night, the BET came on and Burna Boy won the Best International Act and instead of congratulating Burna Boy as other artistes did, Sho took to Twitter to post her picture saying: “Thank you for acknowledging me as one of the best Acts internationally #BET2020. What a huge honor to be nominated. Huge news on Tuesday ”

Thank you for acknowledging me as one of the best Acts internationally #BET2020. What a huge honor to be nominated. Huge news on Tuesday 💖 pic.twitter.com/HE8l39DcxM

Some suggested she should just congratulate Burna Boy and stop hating while others feel it was wrong for the fans to come at her. She had to block some of the fans in the heat of the moment.

Read some of the comments below: 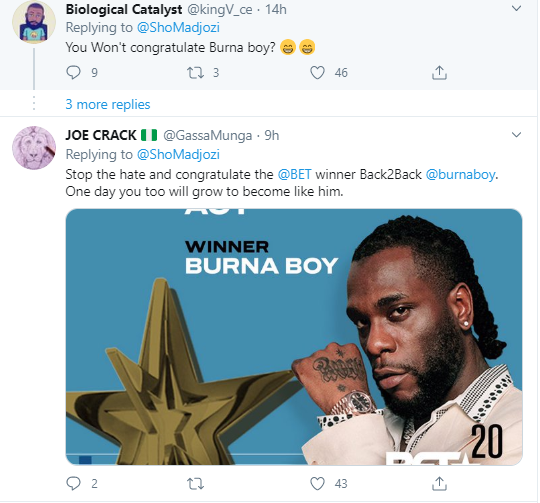 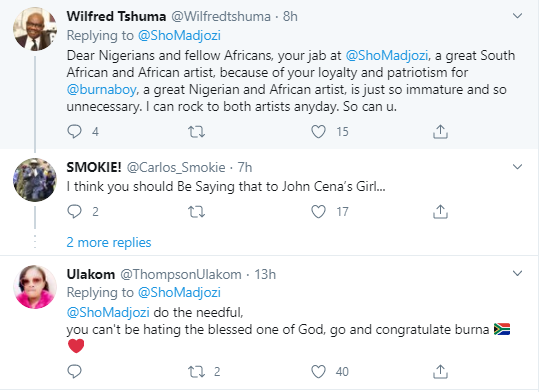 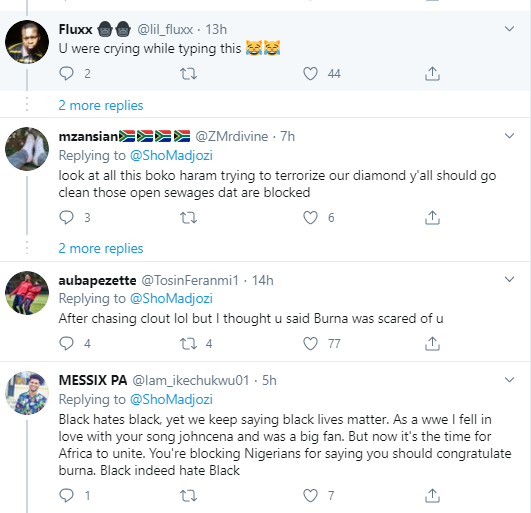